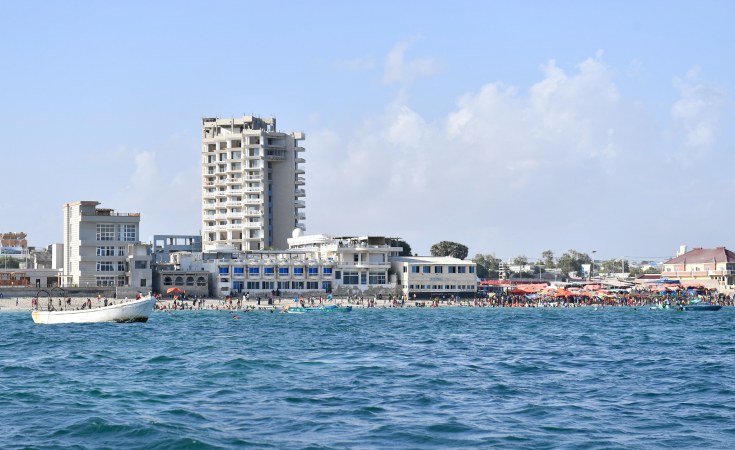 Somalia has a tough legacy. Two decades of civil war and ongoing natural disasters including droughts and flooding have triggered the displacement of 2 million citizens. Almost 70% of Somali live under the international poverty line of $1.90 a day. The country heavily depends on international humanitarian aid and money remittance from Somalis who work abroad. Agriculture including livestock and crops still accounts for more than 70% of the economy.

The Somali government’s priority is to reduce the poverty level and diversify the economy. Petroleum may play the key role in this transformation as it did half a century ago in other countries, including Norway in Europe, Brunei in Asia, and United Arab Emirates. Previously these countries largely relied on their traditional economies including fishery, but after having discovered oil they now have some of the highest levels of income per capita in the world.

Prior to 1991, international oil and gas majors already had exploration agreements in Somalia, but they withdrew from the country because of the civil war. However, since the Federal government was restored in 2012, together with the Federal Member States, it has created all the necessary legal framework to re-attract foreign investors. This includes a landmark agreement to share any petroleum revenue between the central government and the regions, and in 2020 Petroleum Law was passed which included the establishment of the Somali Petroleum Authority to regulate the industry and agree deals with international contractors.

In 2019, Exxon and Shell paid $1.7 million legacy payments for 1988-2018 owed under a previous concession agreement. This amount was the first distribution between the central government and the regions under the new Revenue Sharing Agreement. Following this the new licensing round for 7 blocks has the potential to generate much greater revenue for Somalia and its regions. Geo seismic studies have shown that Somalia may have at least 30 billion barrels of oil and gas reserves. But this will take time to develop as detailed exploration may take 3 to 5 years, and only afterwards can production begin.

Nevertheless, the good news is that the exploration and production agreements are structured in such a way that they start to benefit Somalia even before the commercial discovery of petroleum is made. In advance of starting exploration an international investor would pay a $1million signing bonus, as well as a separate bonus payment. There would also be also a royalty, licence fee and surface rent and other taxes to be paid along the way. All these proceeds are shared between the central government and the regions in agreed proportions. And ultimately, once the international investor recoups their expenses, they will start sharing the petroleum revenue under the Revenue Sharing Agreement with the people of Somalia.

Proceeds from petroleum can be invested into the building of infrastructure in Somalia, developing a viable water supply system and an improved healthcare service, as well building schools to increase the level of literacy in the country. International petroleum investors will be also stipulated by their agreements to hire and train local personnel and use Somalia-made goods in procurement where possible. While Somalia currently has to pay high prices for oil imports from the Middle East, its own oil production would see reduced energy costs and make public transportation more affordable.

While developed countries became more focused on renewable energy, East Africa as a developing region needs to pass the first stage of industrialization. Petroleum can be a real blessing for Somalia. Industry analysts argue that some countries have experienced the phenomenon of “oil curse” -when petroleum revenues are being poorly managed and abused by politicians which curbs the development of other industries. By contrast, through the Somali Petroleum Authority, Somalia has a well-designed system in place for overseeing the petroleum revenues and sharing them between federal, regional, and local populations to the benefit of all Somalis.