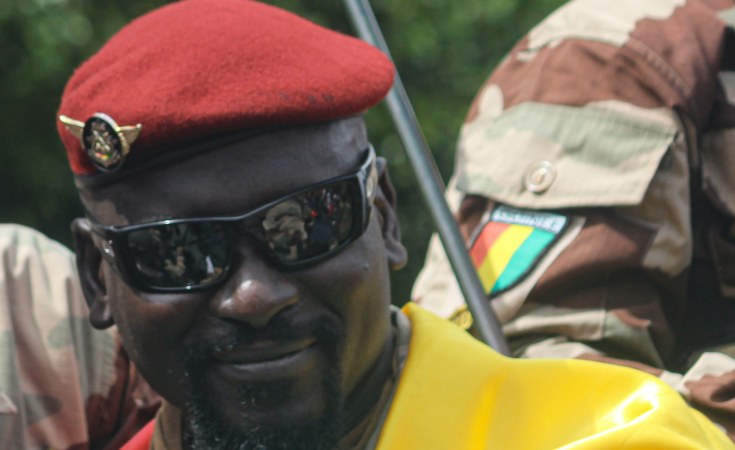 The ruling junta in Guinea-Conakry has rejected a call from the United Nations to lift a ban on political demonstrations, insisting protests should only be allowed during the election period in three years' time.

The military, who overthrew President Alpha Condé in September, declared a ban on public demonstrations last month before any return to civilian rule - which it says will happen in three years time.

On Monday, the UN's Human Rights High Commission called for the ban to be revoked, but the junta rejected the appeal late Tuesday.

In a communiqué read on state television, the junta stated: "No march will be authorised so long as public order cannot be guaranteed."

The military rulers - led by Colonel Mamady Doumbouya - underlined that hundreds of people died during violent protests that erupted during Condé's years in power.

The junta added it had already set up bodies where "contradictions and misunderstandings can be debated quite serenely."

As a result, they claim, "nothing can justify marches during this sensitive period of national life in which Guineans have [begun once more] to speak to each other like brothers."

Political parties are becoming increasingly vocal in their protests against the junta's rule and what they say is the crackdown on individual freedom.

In a statement posted on social media, the National Front for the Defence of the Constitution (FNDC) - a coalition that led months of anti-Condé protests in 2019 and 2020 - accused the junta of showing a "dictatorial attitude," calling on the public to "mobilise for the imminent resumption of peaceful and civil demonstrations."

The FNDC says action is necessary "to prevent the confiscation of power and demand a swift return to public order."

The three-year transition period proposed by the military is in defiance of ECOWAS demands for a return to civilian rule within a much shorter time frame.

The West African bloc suspended Guinea's membership after the 2021 coup and in March warned of economic and financial sanctions if the junta snubbed an appeal for a shorter transition period.

The issue is set to return to the agenda at an ECOWAS summit this Saturday in the Ghanaian capital Accra.