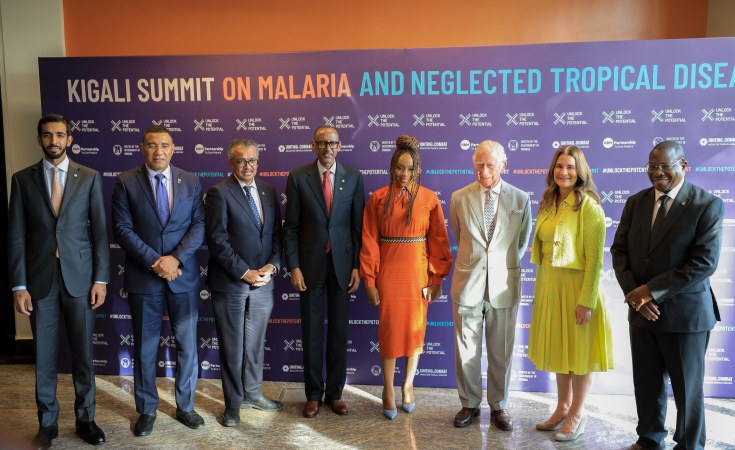 The Kigali Declaration has secured substantial commitments by donor governments, endemic country governments, pharmaceutical companies, NGOs and others including over U.S.$1.4 billion in financial commitments, 18 billion tablets donated by 9 industry partners and $562 million in other health products.

Commitments were made by a number of governments to support the malaria and NTD fight. These featured commitments to domestic resources, co-financing and support for innovation. Commitments were made by Canada, Germany, Rwanda, UAE, the United United Kingdom, the USA, as well as endemic country funding and End Malaria Councils and Funds. Private sector organisations committed to donations of drugs and health products, research funding, enhancing local manufacturing capacity, co-financing initiatives to unlock larger private sector funding. Commitments were also made by several private sector companies including BioNTech, Dentsu, Ecobank, GSK, Goodbye Malaria, Novartis, MMV, Medicines Development for Global Health and Pfizer.

AllAfrica's Sethi Ncube interviewed Anthony Okara, Special Ambassador of the African Leaders Malaria Alliance, who says sustained funding ensures malaria and NTD programmes can deliver tools and treatments to people in need and that the tremendous progress made against these preventable, treatable diseases and the health systems they support are not lost.

"To end malaria within a generation, increased investment is required to address population growth, combat emerging antimalarial and insecticide resistance, scale up the use of cost-effective tools and sustain the growing pipeline of transformative ones. This will include new drugs and medicines, new insecticides and next-generation dual-action mosquito nets, and new vaccines that use the new technologies developed for the COVID-19 vaccines. The need for greater innovation and funding is a huge challenge in the fight against malaria and NTDs," according to Okara.

By eliminating both diseases, not only health outcomes will be improved and preventable suffering ended but also equity will be driven, economic growth increased, and health systems supported to detect and respond to emerging public health threats.

"Countries impacted by malaria are doing their part and are contributing domestic resources towards malaria elimination. For example, in 2022-2023, countries have contributed over US$2.1 billion in domestic co-financing for malaria as part of their engagement in the Global Fund. However, malaria and NTDs are diseases of poverty and are concentrated in the lowest income countries with the least ability to pay. For this reason, international resources are also required. The combined domestic and international resources have ensured that since 2000, country leadership and global partnership have saved 10.6 million lives from malaria and prevented 1.7 billion cases. 46 countries have eliminated at least one NTD and 600 million people no longer require treatment for NTDs, and cases of some diseases that have plagued humanity for centuries, such as sleeping sickness and Guinea worm disease, are at an all-time low," says Okara.

Whilst progress has been made in the last two decades to end malaria and NTDs, there has been a slowdown, and in some cases even a reversal, which has been made worse by the Covid-19 pandemic. Partnerships between the private, public and non-profit sectors have been invaluable to this progress. In the last decade, the private sector has reportedly donated more than 14 billion NTD treatments and worked closely with country governments and NGOs to ensure the donated medicines are delivered to people in need.

"Endemic country governments are increasing their political and financial commitments to malaria and NTD programmes by establishing accountability mechanisms and increasing domestic resource mobilisation. 25 countries in Africa are in the process of establishing national End Malaria Councils and Funds to drive multisectoral support for the fight against malaria. EMCs have mobilised millions of USD of financial and in-kind support for the fight against malaria. EMCs and Funds have raised 23 million in additional resources towards malaria elimination especially from the private sector, proving themselves to be effective mechanisms to fund existing resource gaps in National Malaria Control Programmes.

"Donors are also stepping up to increase funding commitments so that endemic countries can meet their targets in reducing the burden of these diseases and stay on course to end them. This includes fully replenishing the Global Fund to Fight AIDS, Tuberculosis and Malaria with at least US$ 18 billion and committing resources behind the Kigali Declaration on NTDs to support the implementation of the WHO 2030 Roadmap to treat, control and eliminate NTDs. Investments in malaria and NTDs programmes continue to strengthen health systems and support long-term, sustainable pandemic preparedness and response," says Okara.

"Civil society organizations play a vital role in the fight against malaria and malaria. One important example is the Zero Malaria Starts with Me initiative, which empowers communities to take ownership in the fight against malaria. To date, 23 countries have launched the "Zero Malaria Starts with Me" campaign, with more on the cusp of joining. Additionally, community-based scorecards are driving action and community ownership of their own health, allowing for joint problem solving with health workers, and also for joint action plans," according to Okara.

In 2011, ALMA Heads of State and Government requested a scorecard to enhance tracking and accountability for malaria. Developed primarily for heads of state and government, the ALMA scorecard for action and accountability is now used by senior political leaders including heads of state and government and ministers of health, National Malaria Control Programmes, and development partners to facilitate tracking of progress and strengthening accountability for malaria control and elimination across the continent. The scorecard accountability tool, which is updated quarterly and produced in five languages is based on tracking of high-priority indicators, analysis of their performance, and development and tracking of corrective actions.

"Based on these positive experiences, over 40 countries have now rolled out their own scorecards, including for malaria, NTDs, nutrition, reproductive, maternal, newborn, adolescent, and child health, and community scorecards. These ensure the use of real-time data to track progress, identify bottlenecks and lead to action to enhance impact," says Okara.

"Various initiatives at the regional level have been launched to provide more support to countries. This includes the GMLI in eastern Africa which has developed a regional malaria strategy and developed a Scorecard for accountability action, Central Africa and West African regions are following suit. In southern Africa, the E8 has been working on supporting cross-border regional collaboration. Platforms built by malaria and NTD programmes have been at the forefront of the Covid-19 response. Increased investments against these diseases will advance equity by further strengthening health systems and helping protect against future pandemics," according to Okara.

Analysis of data on malaria and gross domestic product (GDP) from 180 countries between 2000 and 2017 reportedly shows that each 10% reduction in malaria incidence is associated with an average rise of 0.3% in GDP per capita and faster GDP growth. High-burden and low-income countries had higher than average gains - in these countries, the same reduction in malaria incidence was associated with an increase in the level of GDP per capita of nearly 2%.

"One study of African agricultural households found that eradicating malaria by 2040 would win businesses back 3.2 billion workdays. Malaria is a driver for up to U.S.$12 billion in lost productivity in Africa annually, drastically impeding economic growth and societal progress despite it being preventable and treatable. The Economist Intelligence Unit modeling shows - just by eliminating two NTDs - Ethiopia, Kenya, Rwanda, and Zimbabwe would collectively gain over US$5 billion (PPP) to their GDPs (Ethiopia would gain over US$3 billion alone).  These gains are a result of reducing the disease impact and increasing the earning potential of individuals. So the gains are borne by the affected people. This is further supported by long-term studies that show significant increases (13%) in earning potential of adults when they've been treated for an NTD as a child. Even a single treatment as a child has a positive impact on future earnings," says Okara.