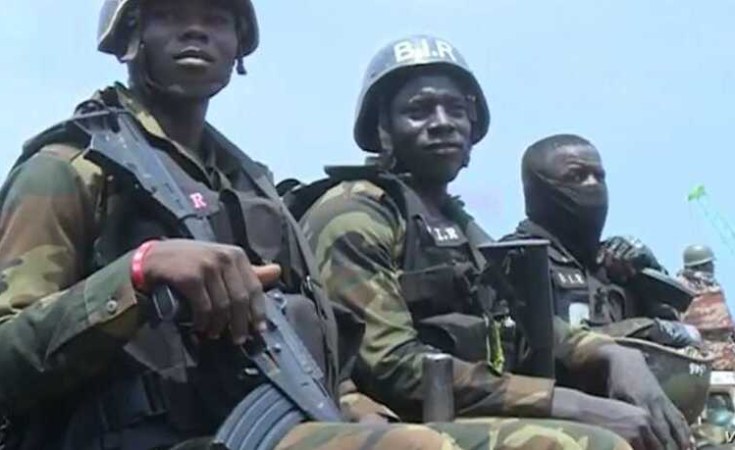 Yaounde — For the first time, Cameroon's defense minister has acknowledged grave rights abuses by the military against civilians in the fight against Anglophone rebels and ordered such violations to stop. Cameroon's military has characterized past abuses, including torture and killings, as isolated incidents. Rights groups and victims welcome the call while voicing doubt the abuses will end.

Cameroonian Defense Minister Joseph Beti Assomo Assomo said he is instructing top commanders to immediately arrest and bring charges against troops engaged in rights abuses in English-speaking western regions. He says troops who fail to respect Cameroonian laws and the code of military conduct, which forbids human rights violations in times of armed conflict, will be severely punished.

Assomo did not elaborate on what he called grave human rights violations. He called on Dobekreo and Djibo to make sure that all human rights are respected while fighting separatists who seek to carve out an independent state from Cameroon and its French-speaking majority.

It was the first time the defense minister has spoken publicly about the issue. In June, military spokesperson Colonel Cyrille Serge Atonfack Guemo said troops were responsible for killings in Missong, a northwestern village, that month.

In a June 7 press release, Atonfack said four soldiers deployed to investigate the deaths of their colleagues killed nine civilians, including four women and a baby.

Etienne Akenfor is a rights activist with the Cameroon Civil Society group. He has been pressing for the four soldiers linked to the Missong incident to be tried.

Akenfor said he is skeptical the military will allow troops who receive orders to kill suspected fighters and their collaborators to face justice.

If the government was serious about its claims to punish troops, Akenfor added, it should have arrested top military officials suspected of giving the orders.

"The situation keeps getting worse when new military generals are brought in. So, I think the way out of this situation is to send the army [military] back to the barracks. If there were a cease-fire, you would not have troops in the field committing atrocities," he said.

Akenfor said he was surprised to learn that General Nka Valere, commander of troops who committed atrocities in the English-speaking Northwest within the past three years, was not called on to answer charges. Instead, Akenfor said, Nka was appointed by President Paul Biya as the head of the Yaounde International War College last week.

Cameroonian officials say at least 13 soldiers are currently in pre-trial detention for offenses including rape, extrajudicial killings and the burning down of civilian homes.

Advocacy group Human Rights Watch recently said Cameroon's announcement of an investigation into the Missong village killings is an important first step in ensuring accountability around the murder of civilians, allegedly by government forces.

HRW says Cameroon now needs to ensure a thorough, impartial and independent investigation capable of establishing a clear timeline of events and the identification of all those responsible, including in the chain of command, with an aim toward prosecution.

In April 2020, the military bowed to international pressure and acknowledged that its troops were responsible for killing three women and 10 children in February of that year in Ngarr-buh, a northwestern village.

Rights groups and the United Nations said at least 21 people were killed, 14 of them children. The military said troops tried to cover up the killing by burning houses and putting the blame on separatist fighters.

Separatists Killed and Captured in Days of Fighting Military Forces