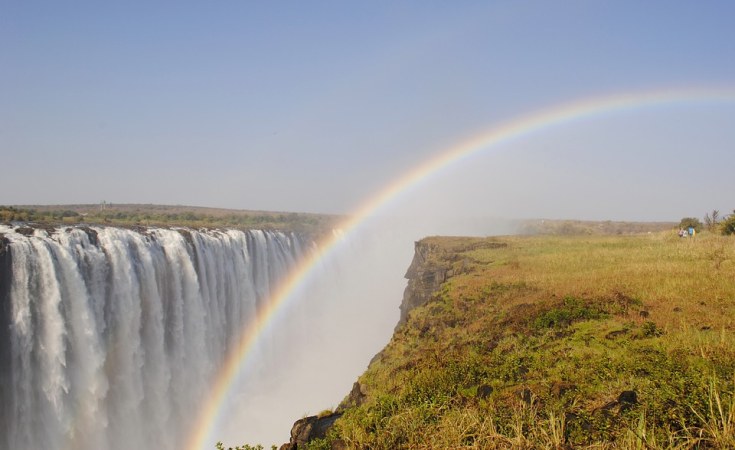 Cape Town — The United Nations Educational, Scientific and Cultural Organization (Unesco) has warned that plans by the governments of Zimbabwe and Zambia for the development of a golf course, lodges and a hydroelectric dam near the Victoria Falls will put the renowned tourist destination at risk of losing the world heritage site status it was granted in 1989, The Times reports. This may also disrupt an established elephant corridor. Per a description by WTI.org: "Elephant corridors are linear, narrow, natural habitat linkages that allow elephants to move between secure habitats without being disturbed by humans."

A report composed by Unesco officials who visited the site for five days cites the "inconsistency in the use of precise boundaries and buffer zones" with regard to plans by authorities in Lusaka and Harare. This infringes on Unesco's description of the importance of the site's buffer zones which state: "The transboundary property extends over 6860 ha, which is considered relatively intact and adequately sized to maintain the diverse natural processes ... Making it an Important Bird Area, lava flows, ancient stone artefacts and tools for hunter-gatherers. The remaining area of these protected areas is considered as the buffer zone on either side of the Zambezi River in Southern Zambia and north‐western Zimbabwe. The property is protected under the National Heritage Conservation Act (1998) and the Zambia Wildlife Act on the Zambia part and the Zimbabwe Parks and Wildlife Act Cap. 20. 14 of 2008 (revised) on the Zimbabwean side. This principal legislation provides for legal protection of the resources within the property."

The Unesco officials also called for the development of a 300-bed hotel complex on the Zambian side to be stopped. Additionally, the team slammed an apparent lack of full transparency regarding projects on both sides of the Zambezi river which allegedly fuel local rumours of corruption. The delegation concluded their visit stating that the Falls' special status "could be considered to be in danger in the near future".

The Unesco report comes after the Zimbabwean government announced plans to intensify efforts to lure investors by developing infratructure with the end goal of achieving city status. According to CAJ News, Victoria Falls City drafted a five-year strategic plan, starting in 2018, to achieve city status. To date, multiple hotels and lodges worth more than U.S.$100 million have already been constructed.

Similarly, the Zimbabwean government also identified land outside Victoria Falls where a new city will be built as part of the Batoka Gorge Hydro-Electric project. The U.S.$4 billion hydropower project in the gorges along Zambezi River will be whre two 1,200MW power plants on either side of the river, a substation, transmission as well as a new settlement and road infrastructure, will be built as part of what is intended to become Bakota City.