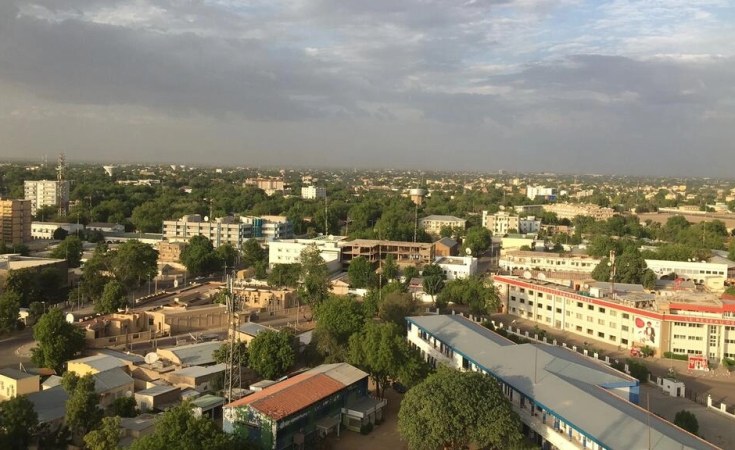 Chad's political transition was meant to take 18 months, from April 2021 to September 2022, but it now appears an extension will be needed. The country is saddled with security problems internally and at its borders, significant food shortages and poor public governance. Delaying the transition could provoke further turmoil.

A return to constitutional order seems unlikely without genuine will from the Transitional Military Council and the rebel movements to reach an agreement. Urgent steps are needed to deal with the misappropriation of public funds, intercommunal conflicts and other security risks.

After four months of talks in Doha between the transitional government and Chad's politico-military groups, a peace agreement is in sight. But several difficult issues still need to be resolved.

Stakeholders rejected a first draft agreement in May. A second, apparently more consensual, version was submitted by Qatar, the mediating party, at the end of June. The latest version still doesn't resolve differences on critical matters, such as the composition of the Inclusive National Dialogue's organising committee, the transition charter and army reform. These issues will determine the quality of future elections, the return to constitutional order and a transfer of power to civilians.

Pending an agreement, the government - possibly due to international pressure on the Transitional Military Council - announced that the national dialogue would take place on 20 August. But the participation of politico-military groups remains unclear, and the major ones, including the Front for Change and Concord in Chad and the Union of Resistance Forces, have withdrawn from the process. Also, a month isn't enough time to organise such an important meeting.

These stumbling blocks have resulted in intense protests, such as that organised in May by the civil society platform Wakit Tama. In addition to challenging the Transitional Military Council, the platform rejects France's presence in Chad, particularly its perceived unconditional support for the junta.

The May protest led to vandalism targeting French companies, including TotalEnergies' gas stations. These actions were repressed, and the leaders arrested, tried and reprieved. The platform continues its call for protests against the Transitional Military Council.

The country's internal security is also deteriorating. Intercommunal conflicts are increasingly bloody due to the easy flow of weapons. In May, clashes in Kouri Bougoudi, a gold mining zone in the country's north, resulted in over 200 deaths. Many other localised conflicts have also erupted this year.

Authorities must avoid restricting freedom of expression, which could radicalise civil society

At Chad's various borders, the situation is just as volatile. In the west, other Lake Chad Basin countries (Cameroon, Niger and Nigeria) - continue to be rocked by attacks carried out by Boko Haram factions. In the far north, the unstable situation in southern Libya poses a threat as rebel groups, armed gangs and traffickers circulate effortlessly between the two countries.

In the east, the ongoing intercommunal conflicts in Darfur threaten to spill into Chad. The border situation with the Central African Republic in the south remains fragile, with rebel groups still at war against the political authorities in Bangui.

In June, Chad's government officially declared a food and nutrition emergency, pleading for international aid. The United Nations estimates that one-third of Chad's population (over five million people) is food insecure. The situation could worsen as the rainy season starts. This ploughing period is when food reserves are low until the next harvest.

Chad also continues to face financial governance problems. The diversion of at least 120 billion XAF (10% of the national state budget) from the accounts of the National Hydrocarbons Company of Chad, revealed in June, is still making headlines. This misappropriation involves high-ranking state officials, which damages public trust in the government and tests its credibility.

State resources must be used to relieve food insecurity, not fill the pockets of corrupt officials

With the transition deadline looming, the priority is to create conditions that favour a smooth exit. The transitional government should adopt a more conciliatory stance to enable progress at the Doha talks and revive the Inclusive National Dialogue process. Authorities must also avoid clamping down on freedom of expression and protest, which could risk radicalising civil society and opposition parties.

The Transitional Military Council should urgently address the food situation to avoid a humanitarian disaster. Trials should be held for those accused of embezzlement and misappropriation of public funds. The focus must be on using state resources to relieve food insecurity, not fill the pockets of corrupt officials.

Finally, to improve security, the government must curb the proliferation of small arms, which are increasingly used in intercommunal conflicts and organised crime. Removing these weapons from civilians' possession in cross-border zones and gold mining areas is also a priority. The 2022 third forum of governors of the Lake Chad Basin in N'Djamena is a vital opportunity to confront Boko Haram through the regional stabilization strategy.

The role of external partners in Chad's political transition remains crucial. These include the African Union, United Nations, France and Qatar. They should use their diplomatic weight to advance the Doha discussions and obtain a clearer timetable for the transition. Continued support is also needed for the Transitional Military Council to solve the country's food and security crises.

This would ease socio-political tensions and guarantee a genuinely inclusive dialogue. These steps are vital for national reconciliation, elections and a return to constitutional order within a realistic timeframe.

U.S. Senator Introduces Resolution in Support of Democracy in Chad