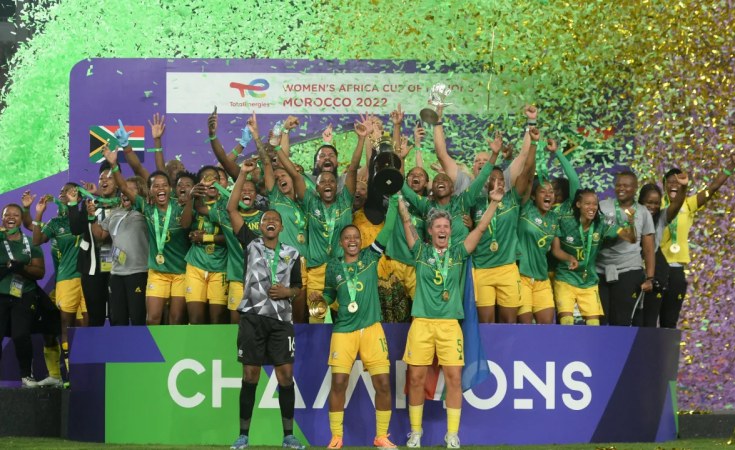 The South African women's national team are the new champions of women's football in Africa. The Banyana Banyana beat host Morocco 2-1 to officially dethrone Nigeria's Super Falcons as the new queens of football on the continent.

After coming close on a number of occasions; getting to the finals five times, Banyana Banyana finally got it right Saturday in Rabat. Hildah Magaia was the heroine; hitting two crucial goals that saw Bayana Bayana taking over from Nigeria as the new champions.

The Banyana showed intent early in the game and three minutes from the start, they nearly had the lead through a snapshot from Magaia in the area, but it was cleared following a loose ball.

As the Atlas Lionessess settled into the game, they caused the South African defence a lot of headaches but just could not get the goal they wanted. Morocco appeared fired up shortly after the halftime period and were able to break through the defensive lines of the South Africans, but nothing worthwhile materialised.

Banyana finally found a breakthrough midway in the second half when Magaia got space in the box and finished off Jermaine Seoposenwe's cutback. While the Moroccans were battling for an equaliser, the Banyana doubled their lead in the 71st minute. And it was Magaia again who connected with Karabo Dhlamini's long pass and finished off from close-range to complete her brace.

Morocco didn't go down without a fight as they pulled one back through a calm first-time finish in the area from Rosella Ayane. However, in spite of persistent pressure from all fronts, the Banyana held on for the win and their first continental title.