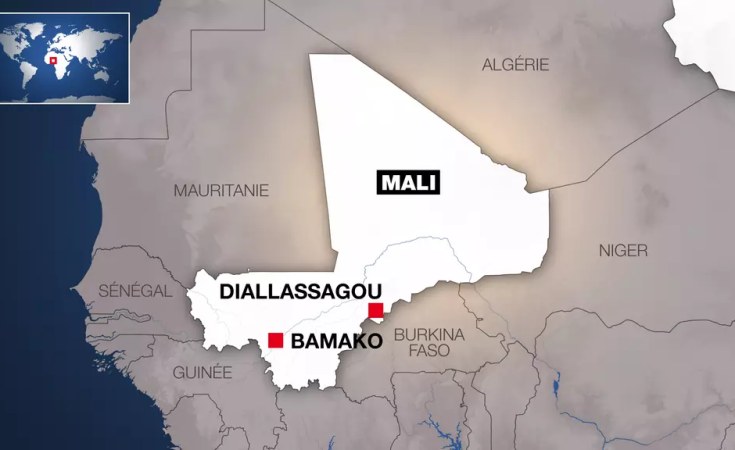 Militants linked to al-Qaeda claimed responsibility for a deadly attack against the country's main military base outside the capital, Bamako.

On Friday, attackers set off two car bombs near the military base in Kati, killing one soldier.

It was the closest attack to the city by extremist rebels in an insurgency that has been going on for over a decade.

Jama'at Nusrat al-Islam wal Muslimeen (JNIM) said its Katiba Macina branch had carried out the attack in response to the presence of mercenaries from Russia's Wagner Group in Mali.

"We say to the Bamako government: if you have the right to hire mercenaries to kill the defenseless innocent people, then we have the right to destroy you and target you," JNIM said, according to jihadist monitor SITE Intelligence Group.

The Malian army has recently intensified its anti-jihadi operations, relying on what it describes as Russian instructors.

JNIM is the dominant jihadist alliance in the Sahel and is linked to al-Qaeda.

It's made up of several groups, including the Katiba Macina, and operates mainly in Mali and Burkina Faso.

The alliance is directly competing for dominance with the IS affiliate Islamic State in the Greater Sahara.

The European Council on Foreign Relations describes JNIM as "one of the most active jihadist armed groups in Mali."

The US said the group is "almost exclusively responsible for the near doubling of violent activities and associated fatalities" in the Sahel every year since 2016.

Mali has been battling various jihadist groups in its northern and central regions.

It has had to rely on French troops and UN peacekeepers to keep the militants from taking control but the relationship between Bamako and troop-contributing countries have turned sour since a military coup last year.

Previous Story
Stories of Survival and Self-Sacrifice From Local Dialogues With Militants
Next Story
U.S. Orders Departure of Staff and Families Over Attack Fears

Stories of Survival and Self-Sacrifice From Local Dialogues With Militants

U.S. Orders Departure of Staff and Families Over Attack Fears