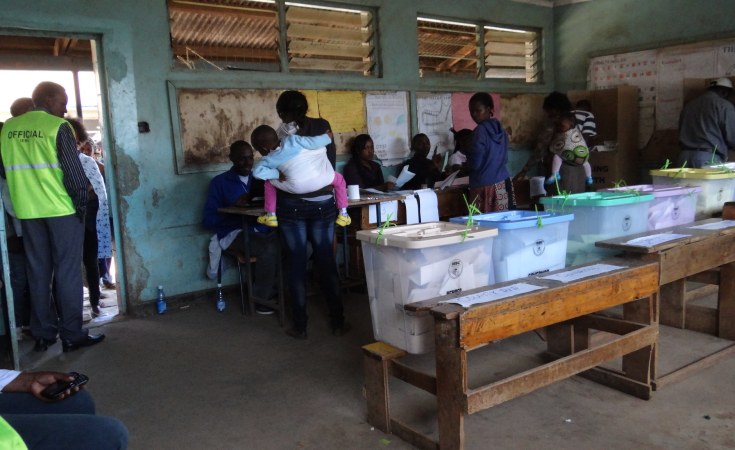 Nairobi — Opinion poll companies in the country have until Thursday next week to release their last findings on electoral seats being contested in the August general election.

This is so that they can be in compliance with The Publication of Electoral Opinion Polls Act which was signed into law by The Late President Mwai Kibaki in 2012 after Parliament passed a Private Member Bill initiated by former Ikolomani MP Bonny Khalwale.

Clause 7 (1) of the Act states that a person shall not publish the results of any electoral opinion poll on the day of the election or during the period of five days immediately preceding the date of an election.

This means no more opinion polls will be published until after the August 9 elections as the law bars their release five days before the election.

Leading opinion polls companies such as Infotrak Research and Consulting and Trends and Insights For Africa are expected to hold briefings with the media on Thursday and Friday to release their respective reports.

Angela Ambitho's Infotrak is holding a media briefing on Thursday where it is expected to unveil its finding on key issues affecting residents in the Lower East Region region, comprising three counties namely Kitui, Machakos, and Makueni.

"The latest Infotrak Poll which was conducted between July 19 -21, seeks to reveal interesting information on this and: the leading candidate for the presidential contest and the popular candidates for the elective seats of Governor, Senator, and Women Representative for the three Lower Eastern Counties," read the media invite.

Previous Story
Next Story
You Are Ahead of Me Only in Opinion Polls, Media Coverage - Ruto to Odinga

You Are Ahead of Me Only in Opinion Polls, Media Coverage - Ruto to Odinga