Kenya: You Are Ahead of Me Only in Opinion Polls, Media Coverage - Ruto to Odinga 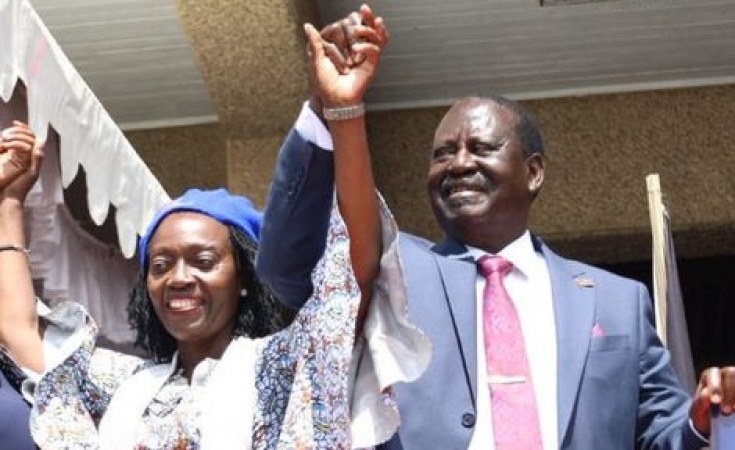 Speaking during a tour of Nairobi on Monday, the Deputy President exuded confidence of a win in next month's election stating that the reality on the ground was different.

He alleged that the Azimio La Umoja-One Kenya Alliance was planning to use the opinion polls to reject the election results.

"The only place you can defeat us is in the opinion polls and media coverage. But when it comes to the vote, you will meet with hustlers on August 8," he stated.

He claimed that Odinga is behind the recent spate of the opinion polls which indicate that he is likely to be elected as the fifth president.

Ruto told his supporters that he will deliver a resounding victory against Odinga who is flying the Azimio La Umoja One Kenya Flag.

With less than a month to Kenya's presidential elections, the latest survey by two leading opinion polls puts Odinga ahead by a narrow lead.