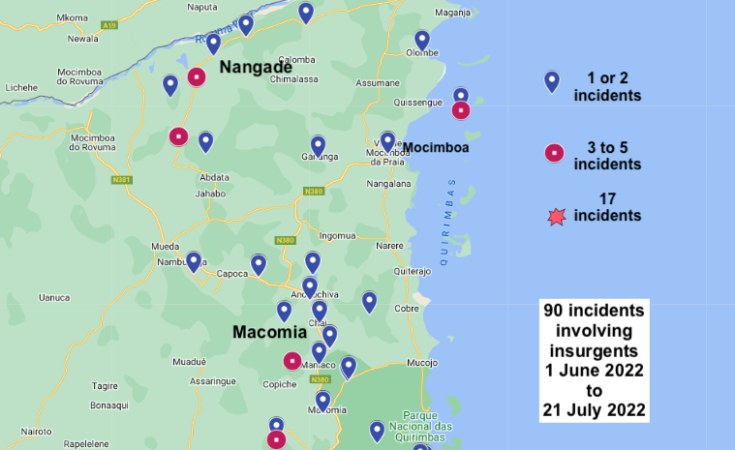 President Filipe Nyusi has expressed interest in seeing Italy support the Programme for Resilience and Integrated Development of the Northern Region (PREDIN) which aims to promote the recovery of basic conditions for sustainable economic and social development of northern Mozambique, following the islamist terrorism that has been plaguing parts of Cabo Delgado province.

President Nyusi was speaking on 5 July in Maputo, during the state banquet offered in honour of his Italian counterpart, Sergio Mattarella, who was on a state visit to Mozambique. The President explained that, through the programme, the government intends to accelerate the inclusive and sustainable socio-economic development of the northern region of the country, reduce poverty and vulnerability, and discourage young people from being lured into terrorist groups.

"The implementation of PREDIN requires financial resources and we are sure that Italy, always a friend of Mozambique, will play a crucial role", the President said. Experience, said President Nyusi, shows that terrorism cannot be fought only with military operations. Therefore, the government approved PREDIN.

The combined efforts of the Mozambique Defence and Security Forces and their Rwandan counterparts, as well as the Southern African Development Community Military Mission (SAMIM) and the military training actions coordinated by the European Union, have dictated the recovery of some areas and the destruction of bases previously occupied by terrorists.

PREDIN includes actions aimed at increasing the military capacity of the defence forces, support to countries that commit their forces on the ground, as well as providing humanitarian assistance to more than 850 thousand internally displaced people, and the rehabilitation of infrastructure.

"We would like to express our deep appreciation to Italy, which has joined the European Union military training mission, placing itself once again at the side of Mozambique to combat a complex and transnational phenomenon: terrorism and violent extremism", said President Nyusi.

For his part, President Mattarella stressed that there is no indifference when the dignity of people is violated, adding that "Mozambique has always had an intelligent and active partnership on all issues in bilateral relations with Italy, including the fight against poverty and climate change."

In Cabo Delgado, the Italian energy company, Eni, is heading the consortium that owns the Coral Sul floating platform in the Rovuma Basin Area 4 deep-water block, where huge deposits of natural gas have been discovered.

Previous Story
Tagged:
Copyright © 2022 Agencia de Informacao de Mocambique. All rights reserved. Distributed by AllAfrica Global Media (allAfrica.com). To contact the copyright holder directly for corrections — or for permission to republish or make other authorized use of this material, click here.