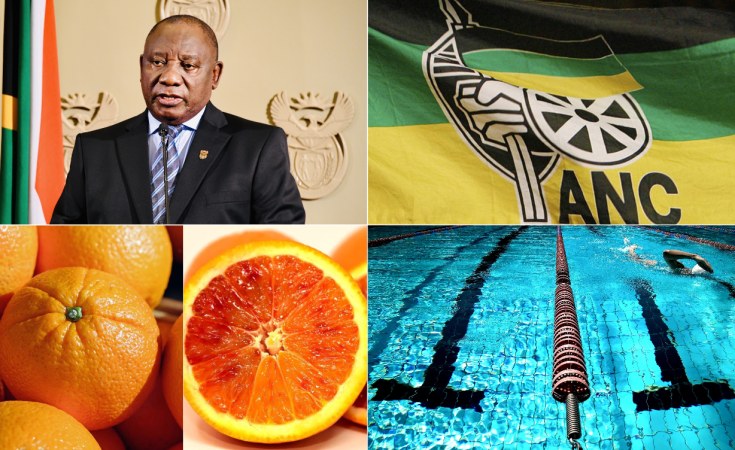 President Cyril Ramaphosa in his opening address at the sixth ANC National Policy Conference at Nasrec today, said the party needs a cohort of young people to take over the leadership of the movement and the country. The president called for the need to achieve gender equality in the movement, and the need to address current patriarchal attitudes. The president said the decline in support of the ANC showed how deeply divided the party was, as leaders continued to pursue individual interests instead of the interests of communities.

Step- Aside Rule a Sticking Point for ANC

The ruling party's elective conference will be held in December 2022 but it seems too long away for some ANC delegates who want the step-aside rule put on ice immediately, and not to wait till then for the rule to be debated Eye Witness News reports. The step-aside rule was devised by the national executive committee of the party and refers to all members facing corruption charges to step aside or face immediate suspension until such time that investigations are completed. A case in point is that of Ace Magashule the party's former secretary general who was forced to step aside on May 3, 2021, after it was alleged that he was involved in corruption while premier of the Free State province.

South African citrus farmers are facing tough times with the latest legislation from the European Union that requires all produce to undergo extreme cold treatment to stave off false codling moth (FCM) contamination. The new requirement is already in effect  and it would appear that politics has trumped science, with European citrus-growing rival Spain, cast as the villain. The EU requirement will force African countries to implement extreme cold treatment rules, which will see citrus from South Africa endure cold treatment between 0°C to -1°C for at least 16 days before export. The government is now lodging a complaint with the World Trade Organization on the matter,  IOL reports.

The Heat Is On - Tatjana Schoenmaker, Chad Le Clos Take to Pool at Commonwealth Games 2022

Olympic 200m breaststroke gold medalist Tatjana Schoenmaker, who also won a silver at the Tokyo games will have her work cut out after sitting out the Fina champs in Hungary to concentrate on the Commonwealth Games. Chad Le Clos also makes his appearance at the games in Birmingham today, and according to Commonwealth Sport, will be pursuing a medals quest that starts with the men's 50m butterfly heats, defending his title from Gold Coast 2018, while he will also defend his 100m and target a fourth straight 200m butterfly gold. He has thus far won 17 medals across three Games and will equal the record - jointly held by shooters Michael Gault and Phil Adams - with a podium finish in any of his six events at the Sandwell Aquatic Centre.