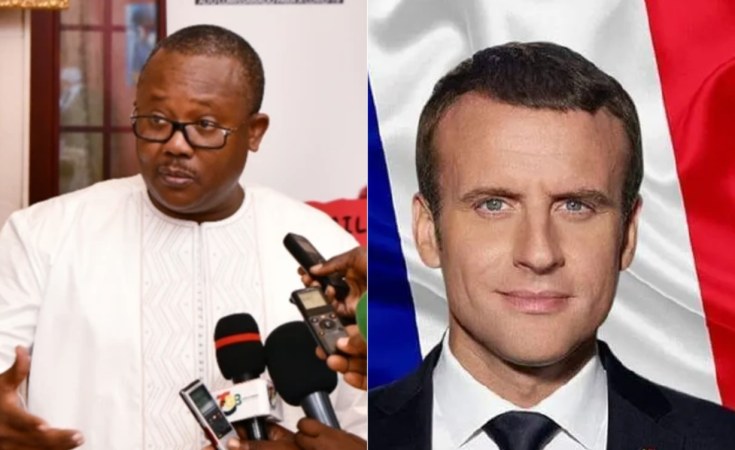 President Emmanuel Macron wrapped up his three nation tour of West Africa in Guinea Bissau, which has just taken over the rotating presidency of regional body ECOWAS. He promised to revive bilateral relations by supporting the country's agriculture sector and pledged to continue backing West African states in their battle against "terrorism".

The French leader was speaking on Thursday during a press conference with his host, Guinea-Bissau's President Umaro Sissoco Embalo, on the final leg of a trip to reset relations with the African continent.

It was however, the first time a French president visited the former Portugese colony of 1.7 million people. Macron said France had "always respected" the position of the ECOWAS in regional matters.

France will act "in the service of legitimate, sovereign states and this regional organisation as we believe our role is to help", the French president said, adding his country should "contribute to the fight against terrorism everywhere in the region".

Embalo - who said he survived a coup-attempt in February - announced the creation of a regional "anti-putsch force" without giving further details.

Macron also expressed the desire for France to accompany Guinea Bissau in the development of its agricultural sector.

"To avoid pressure from external powers on the food issue, we must produce more of what the people here consume. It is possible to do so," he told the press conference.

"This is the responsibility of your country, while ours is to do everything to help and accompany you with financing, training and equipment."

He also stated that a French school would be opening its doors in time for the new school year in 2023.

Embalo also welcomed Macron's willingness to return to West Africa to participate the next ECOWAS summit, at which the agenda will clearly focus on regional security issues.

Addressing the situation in Mali, Macron said the responsibility of ECOWAS was to help the Malian people "build a stable environment" to fight jihadist groups.

Mali has been wracked by a jihadist insurgency since 2012, while two military coups since August 2020 have exacerbated political instability.

Macron claimed the military junta ruling Mali no longer aimed to fight "terrorism", prompting his decision to withdraw French forces from the country.

Relations have soured between traditional partner France and the ruling junta, which has turned towards Russia and is accused of employing mercenaries from the private Russian security company Wagner.

Bamako has accused the organisation of allowing itself to be used "by extra-regional powers", in a reference to France.

ECOWAS suspended Mali after the military seized power, and in January imposed a tough trade and financial embargo on the Sahel country.