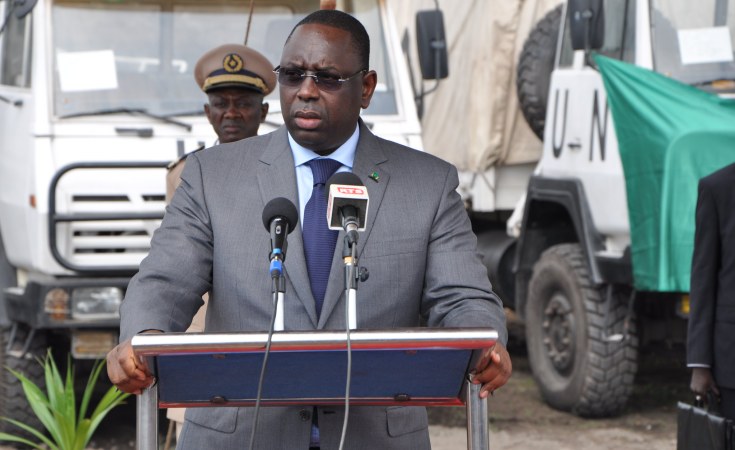 Senegalese citizens went to the polls on Sunday, for legislative elections where the opposition competed to challenge President Macky Sall's majority, in the hopes of curbing a potential bid for a third term.

Polls opened at 8 a.m. GMT and Senegal's nearly 7 million eligible voters cast their ballots until 6 p.m. GMT, to elect 165 National Assembly deputies. Those elected will serve in the country's single-chamber parliament for the next five years.

News agency Reuters reported that turnout had been low, at around 22% by midday Sunday.

The elections came amid rising tension between Sall and the opposition. The latter fear that the president, whose second and final term in power expires in 2024, could use a new majority in parliament to extend his tenure.

The president and the ruling majority have been struggling to keep domestic discontent at bay, amid the global rise in fuel and food prices, instigated by the war in Ukraine.

"We have come to choose those who will sit for us in parliament. Above all, we expect them to help us in this period of inflation, and for prices to come down," Omar Ba, one of the first to vote in Dakar's Pikine neighborhood, told the Reuters news agency on Sunday.

Sonko came third in the 2019 presidential election which Sall won. Last year, his arrest on rape charges, which he denies, sparked deadly violence.

He was banned last month from the Sunday election race, after Yewwi Askan Wi's primary list of candidates was disqualified on technical grounds. The coalition now competes with a backup list, yet with hopes to crush ruling coalition Benno Bokk Yakkar's majority of over three-quarters of the seats.

Many have accused the president of abusing his power to clear the race of opponents, which fueled rising opposition. Apart from Sonko, Khalifa Sall, a popular former Dakar mayor, and Karim Wade, the son of a former president, have both been disqualified from running for office.

Senegal is considered one of West Africa's most stable nations. However, fears for its democracy have been exacerbated by Sall's vagueness regarding his intention to compete for a third term.

The president has promised to address the issue on Monday, after the elections have finished.

In power since 2012, it was during Sall's first term that the presidential term was shortened from seven to five years.

Aminata Toure, a former prime minister and head of Senegal's ruling party, has urged the youth to take to the polls.

"The youth must participate massively in the vote in thanks to the President Macky Sall for the extraordinary work he has done for Senegal," he said ahead of the elections.

Disputed Elections a Litmus Test for the Country's Democracy