Congo-Kinshasa: The UN Is Under Attack in Eastern Congo. but DRC Elites Are Also to Blame for the Violence 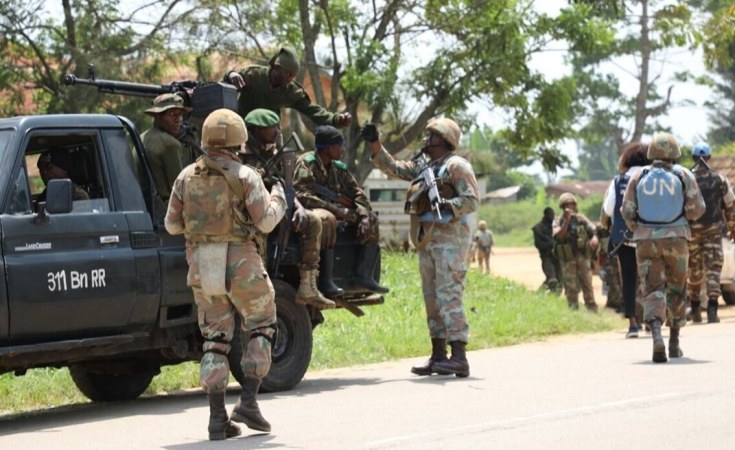 By 26 July 2022, at least 15 people had died, including UN peacekeepers, as demonstrators stormed and burnt the mission's bases in Goma, Butembo and Uvira. They accused the 22-year-old mission of failing to stop decades of fighting in the country.

The UN mission, however, has long been blamed for what should be the DRC government's responsibility: de-escalating violence in the country's eastern region and finding long-term solutions to peace.

Across the entire eastern region, from Ituri to South Kivu, and for roughly three decades now, local populations have suffered daily due to the violence meted out either by armed groups or Congolese security services.

The situation remains volatile despite the presence of the world's largest UN mission, which was first established and deployed in 1999. Its mandate was expanded in 2010 to include the protection of civilians. As of November 2021, it had more than 16,000 uniformed personnel in the DRC.

Violent reactions against the UN mission are an expression of the local population's frustrations about the past and the present, but also the uncertainty of their future.

Based on my research, undertaken since 2017 to understand the motivations of individuals, groups and communities in violent conflicts, particularly in eastern DRC, I would argue that the UN mission shouldn't be held responsible for what the Congolese state should be doing.

In the 22 years since the current UN mission was deployed, the Congolese state, and the country's elite, bear huge responsibility for failing to form and build an army able to preserve harmony and protect the population.

The latest attack on the UN mission followed a political meeting held on 15 July 2022 in Goma, the capital city of North Kivu in eastern DRC. While on parliamentary recess, Bahati Lukwebo, the president of the senate, stopped to speak to his supporters in Goma. North Kivu is currently facing diverse forms of armed insurgencies, including from the M23.

In his speech, Lukwebo asked the youth to consider joining the Congolese national army, the Forces Armées de la Republique Démocratique du Congo (FARDC). He also blamed the UN mission for failing to stabilise the country.

The crowd responded in Swahili, a national language: "Baenda, baende (Let them go, let them go)."

Lukwebo, a long-time politician, asked the crowd to raise their hands if they wanted the UN mission to leave. The hands shot up. He then said the UN peacekeepers should pack their bags, and allow the Congolese to take care of their own peace, security and territorial integrity.

In the country's fragile socio-security context, these remarks were dangerous. The UN mission has long been accused of failing to protect civilians from rebel groups in the country.

These remarks followed a June 2022 briefing from a top official for the UN mission in the DRC, Bintou Keita. She warned the Security Council that the mission in the DRC "may find itself confronted by a threat that goes beyond its current capabilities" in tackling the resurgence of a highly organised M23.

To some Congolese, this sounded like the UN mission would no longer play a role in supporting the national army or protecting civilians.

Against this backdrop, Lukwebo's address fanned the flame of protest. Political manipulation may aim to shift the blame for the DRC's insecurity from the national army to the UN mission. However, for communities in eastern DRC, their continued exposure to violence is evidence of an unfulfilled promise to keep them safe.

A few months back, the widely unstable North Kivu province experienced a resurgence of the M23 rebel group. Rwanda has been accused of backing the M23 - Kigali has vehemently denied these allegations.

The rebel group was initially defeated in 2013. But beyond M23, eastern DRC has hundreds of local and foreign armed militia groups. From Ituri to South Kivu provinces, communities witness violence daily.

These armed groups include the jihadist-linked Allied Democratic Forces operating in Beni (North Kivu) and Ituri. In Ituri specifically, a militia group known as Coopérative de Développement du Congo has been attacking Congolese civilians over their ethnic affiliation. The UN has said these attacks could be characterised as crimes against humanity.

Similar attacks that target individuals due to their ethnic affiliation are committed in South Kivu on the basis that these victims are "not real Congolese".

As insecurity heightens, local communities keep forming defence groups. However, many of these groups eventually turn on those they are supposed to protect. Whether or not these armed groups and rebellions have legitimate claims to exist, their failure to uphold their grievances and their attacks on civilians overshadow why they were formed.

The UN mission has faced various challenges in executing its mandate. This includes its being unfamiliar with local contexts, as well as having to operate in a region that's mostly inaccessible. In Beni, it has expressed concerns over the national army launching military operations without sufficiently engaging peacekeepers.

These - and other internal and external challenges - call for a redefinition of the mission's mandate in relation to local contexts. If this doesn't happen, the UN risks spending another decade trying, but failing to contribute to long-lasting peace in eastern DRC.

The Congolese elite have formed a network of predators who have preyed on their constituencies since independence in 1960. The country is among the poorest in the world despite its rich mineral and natural resources. The majority of Congolese live in extreme poverty, while the elite are extremely rich.

On top of this, the national army comprises military officers and generals whose prime concern is to serve their own interests. Embezzlement and corruption have ruined the military to the extent that rank and file soldiers are poorly equipped and sometimes go unpaid, while generals build financial empires.

The UN mission has come to be seen as part and parcel of this situation. Local communities have lost trust in the intervention of government and international security forces, and their capacity to bring change.