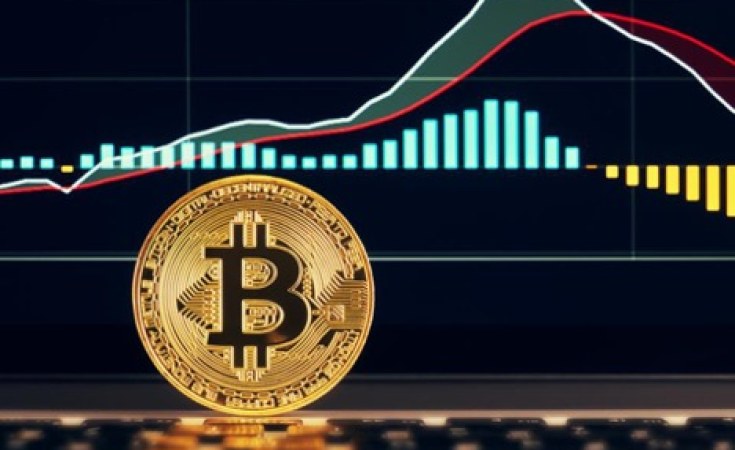 stock image
Cryptocurrencies vs Stocks, which One is More Likely to Benefit Investors
Voice of America (Washington, DC)
By Timothy Obiezu

Abuja, Nigeria — Cryptocurrency experts say Nigerians are hedging against the drop in value of their currency, the naira, by trading more dollar-denominated digital assets. The naira has been falling to new lows on the black market in Nigeria, Africa's largest and most populated economy. But experts say investing in cryptocurrency is also driving the Nigerian currency's devaluation.

Experts say less volatile digital assets like stablecoins and bitcoins saw a jump in trade volumes last week when compared to the week before.

Data from a popular peer-to-peer finance platform showed Nigerians traded more than $5 million worth of bitcoin -- a more than 250 percent increase within the period under review.

Trade volumes on the platform have been increasing steadily since the beginning of the year and reached nearly $400 million in June.

"We've seen a surge in the USD savings we have in our vault," Chrisent said. "Nobody wants to have a million naira worth $2,000 today and then tomorrow, your one million naira is now worth $1,500. So, everybody is basically trying to hedge against the dollar. No matter how bad the naira falls, their money is not affected. That's the only thing making people come to crypto."

The naira has been depreciating steadily for months, losing more than 30 percent of its value within the last year.

"Government policies around trade balances over the years, we have consistently run trade deficits -- spending more to buy dollars than we're earning from foreign trade," Botti said. "Another significant problem is our level of borrowing. ... We have to pay back in the currencies of the countries we borrowed from. As of Friday, a dollar was equal to 710 naira. That's a significant reduction in the value of naira compared to the dollar."

Experts also say scarcity of foreign exchange and inflation made worse by local factors like food and energy shortages, and Russia's war in Ukraine, are making matters worse.

The Central Bank of Nigeria said the downward slide has been fueled by speculation and pledged the bank is working to manage supply and demand challenges, especially faced by manufacturers and citizens who need dollars for business and tourism.

But experts like Botti are warning that acquiring assets could cause more harm than good in the long run.

"This will also cause further crisis because by the time we begin to experience the crash that comes with fictitious currencies, if we invest too much in cryptocurrency and the value drops significantly, it means that the naira will further nosedive," Botti said.

But for the moment, many citizens will be looking for ways to cope with the status quo.