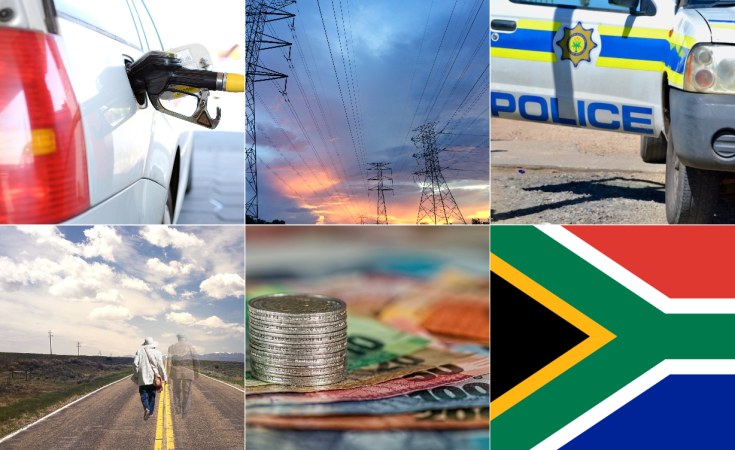 It's Official, Petrol Price Down on Wednesday

Motorists will see a R1.32 per litre dip in the price of petrol across the two grades, effective from Wednesday at midnight. Diesel is set to cost between 88 and 91 cents per litre cheaper. This is a drop in the ocean and will not mean much for consumers who are contending with rising food, transport and bond costs. Users of illuminating Paraffin though will be the biggest winner with the price decreasing by R1.44 per litre.

Zimbabwe President Emmerson Mnangagwa is planning a visit to Mozambique and Zambia to save his country's electricity import contracts that are being eyed by Eskom. This electricity is used mainly by the mining sector in Zimbabwe. South Africa - which is undergoing an electricity crisis - is seeking to replace Zimbabwe as an importer of electricity from the two countries.

Arrests, But No Positive Links to Rape of Krugersdorp Women - Yet

The rape of eight women in Krugersdorp during the filming of a music video on July 28, 2022 has sent shockwaves through the country. There are conflicting reports of the number of arrests made in the case and National Police Commissioner Fannie Masemola  has said that none of those arrested can be positively linked to the crime until DNA tests are done, Eye Witness News reports. The women, along with the film crew, were  accosted, allegedly by a gang of armed illegal miners. There are also reports that minor children and women were also among those arrested during the crime swoop. So far all the arrested persons can only face charges of being in the country illegally. All those arrested remain in custody and the minor children's case has been handed to the children's court.

Increase In Life Expectancy for South African Women and Men

Eskom Not Out of the Woods With Rising Debt

Finance Minister Enoch Godongwana has said that Eskom's debt needs to be dealt with as it poses a risk to the state. The minister was part of a cluster of ministers who addressed the media on combating rolling power cuts. The minister said that Eskom had not asked for money yet but the utility's debt was unsustainable. "If it is unsustainable, it poses a risk to the sovereign. To avoid that sovereign risk, the sovereign has to step in. That principle is kind of agreed. We'll be going to the Cabinet lekgotla on September 1 with a proposal to deal with that issue," Godongwana said. Assistance for Eskom to the tune of R2 billion was discussed, however Eskom indicated that R8 billion had already been given to its maintenance division, the minister said.