Ghana: On Ghana's Roads in 2022 - Safety Has Improved but Private Vehicles Are Still a Menace 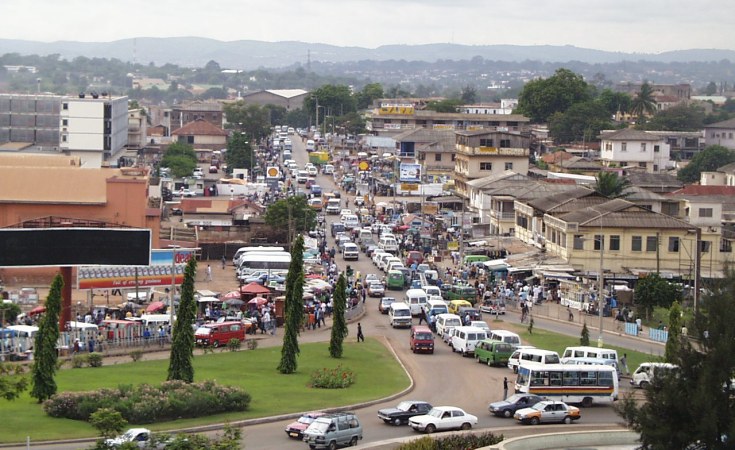 Ghana is among the African countries grappling with road traffic crashes. Fatal road injury is one of the top 10 causes of death in Ghana, according to the US Centers for Disease Control and Prevention. Researchers at Ghana's Building and Road Research Institute of the Council for Scientific and Industrial Research estimate that the west African nation recorded 302,712 crashes involving 477,609 vehicles between 1991 and 2020. In 2016, the World Bank reported that Ghana lost 8.2% of its GDP to road traffic crashes.

Thus, road traffic crashes remain a major public health and development challenge in Ghana. But some developments in the first five months of 2022 offer a glimmer of hope. We are a team of road safety advocates, working in the Ghanaian and broader African spaces as researchers and policymakers. Our analysis of data from the National Road Safety Authority, suggests that there were fewer crashes, injuries and deaths in the first five months of 2022 compared to the same period last year.

In the past few months, Ghana's road safety space has seen sustained collaborations between public institutions and a critical mass of private citizens and institutions aimed at making the roads safer. There also has been increased police surveillance, especially during festive periods which are a particularly dangerous time on the roads.

It's not clear yet how much these initiatives contributed to safer roads. Whatever the case, the Ghanaian road safety community must not rest on its laurels. At least in the last four years, concurrent declines in crashes, injuries and deaths tend to be followed by a spike in the year that follows.

The following tables highlight some of the key figures from the first five months of 2022.

Compared to 2021, there was a 4.67% reduction in crash incidents during the first five months of 2022 (January to May). Other important safety indicators improved too. Injuries were down by 4.98%; 347 fewer people got hurt on the roads between January and May 2022 compared to the same period in 2021.

Table 2 shows that almost 12% fewer commercial vehicles were involved in crashes in the first five months of 2022 compared to the same period in 2021.

The percentage of reduction is even higher for bicycles and motorcycles (down by 13.1%). This is particularly good news because, as the table shows, the number of cycles involved in crashes has risen consistently since 2018. Motorbikes are especially dangerous: the National Road Safety Authority estimates that a person is ten times more likely to die in a motorcycle crash than in a car crash.

Researchers have begun documenting how the poor state of public transport in Ghana is driving a shift towards personal vehicles, with car ownership increasing in recent years.

The rise of ride-hailing companies in the country has also contributed to the number of private vehicles being used for commercial passenger services. Crash data reporting in Ghana is not segregated to show how many private vehicles are really private taxis, so it's difficult to assess the role ride-hailing services may play in contributing to high crash numbers.

The safety improvements experienced on Ghana's roads within the first five months of 2022 are a welcome development. But authorities must heed the 2020 figures (contained in table 1): these show that, at least in the past four years, such improvements tend to be followed by a spike in the year that follows. It's not yet known why this pattern occurs.

Ghana's National Road Safety Authority seems committed to sustaining the gains made in early 2022. Officials say they have intensified the "Stay Alive" behavioural change campaign launched in 2021. The campaign targets the general public as advocates for good road user behaviour by calling out unsafe practices.

The agency is also using research, monitoring and evaluation to update Ghana's national road safety strategy and related action plans. Its hope is that data-led interventions can make the country's roads safer. The Authority has also increased the presence of road safety inspectors at major transport terminals. The inspectors ensure that commercial vehicles meet certain safety standards before setting off. The Authority has started work on a new policy for the removal of broken down and wrongly parked vehicles from the roads.

All of these interventions are important. Careful monitoring and evaluation is needed, though, to translate them into widespread and sustainable safety benefits for those using Ghana's roads. More targeted interventions will be required, including prioritising investments in public transport systems to deal with the issues with private vehicles.