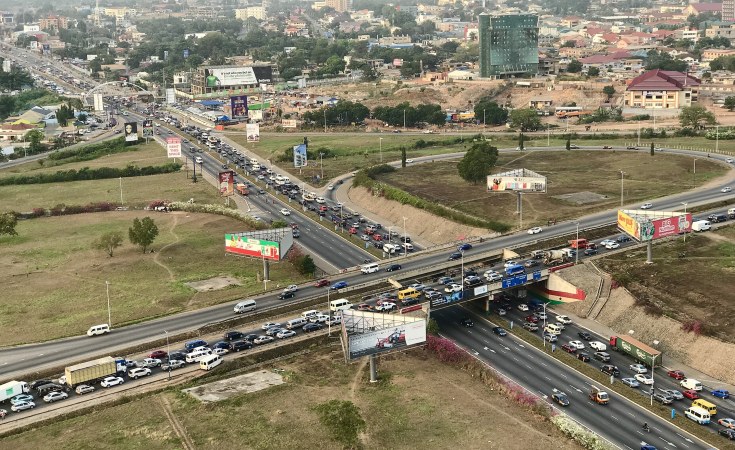 According to Marketwatch, the American based credit rating agency argued that the COVID-19 pandemic and the Russian invasion of Ukraine has complicated Ghana's fiscal and external imbalances.

Already, the local currency has seen a sharp depreciation in recent times. It's nearing GH¢9 to one US dollar.

S&P added that Ghana has also been affected by lack of access to the Eurobond markets.

"Local authorities have passed a levy on electronic transactions and legislation to tighten exemptions on tax payments including for VAT, among other moves. While these changes could improve the tax take going forward, the situation remains challenging, and over the first half of 2022, the fiscal deficit has exceeded the government's ambitious target," S&P pointed out.

S&P had affirmed Ghana's ratings in February 2022, as Moody's downgraded the African nation to Caa1 with a stable outlook. Fitch also downgraded Ghana to B- with negative outlook.

In February 2022, S&P affirmed Ghana's Long and short-term foreign and local currency ratings at B- and maintained the outlook at Stable.

It identified some constraints that prevented an upgrade of Ghana Sovereign ratings which included: the continuous uncertainty surrounding fiscal correction, including the delayed approval of the e-levy bill to give assurances to the 2022 budget. Other concerns such as high-interest cost and greater dependence on domestic financing sources given the worsening external financing conditions facing Ghana were also highlighted.

Ghana has already began discussions with the International Monetary Fund for economic support.

An economic programme is expected to be created in this regard to return the country into a stable territory.

A team from the fund that visited the country in July 2022 said it will continue to monitor the challenging economic and social situation in Ghana closely in the coming weeks and engage authorities in the formulation of Enhanced Domestic Programme that could be supported by a fund arrangement.

"We reaffirm our commitment to support Ghana at this difficult time, consistent with the IMF's policies."

But, investment bank, IC Securities, stated that Ghana will not default in its Eurobond repayment.

According to one of the leading investment firms in the country, a $750.0 million loan from the African Export-Import Bank, the $1.3 billion cocoa syndicated loan and the windfall from petroleum revenue will help shore up the country's reserves, and prevent any default.

The country has a $16 million out of the $1billion Eurobond issued on August 7, 2012 to mature. This is coming after it was initially issued with a principal amount to $750 million, due to reprofiling of some of the country's debt. - Myjoyonline.com

Tagged:
Copyright © 2022 Ghanaian Times. All rights reserved. Distributed by AllAfrica Global Media (allAfrica.com). To contact the copyright holder directly for corrections — or for permission to republish or make other authorized use of this material, click here.