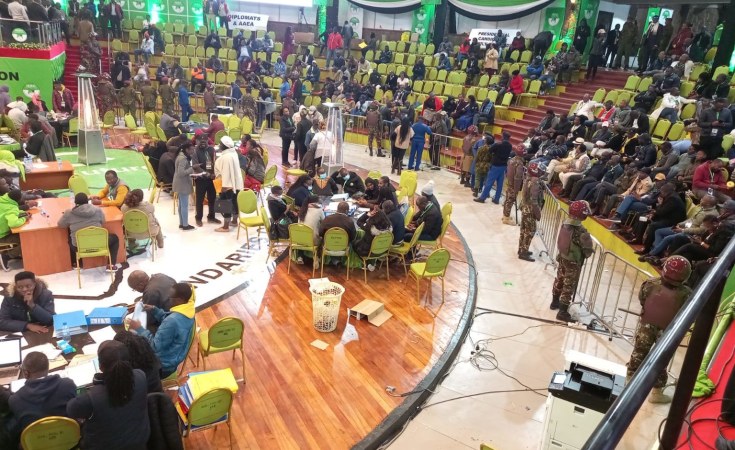 Davis Ayega/Capital FM
Anti-Riot police officers inside the auditorium of the Bomas of Kenya.
Capital FM (Nairobi)
By Ojwang Joe

In Kondele, Kisumu, shops were looted after mobs barricaded roads lit bonfires while blowing whistles and shouting Baba the fifth.

Ruto declared President-Elect after attaining 50pc plus one threshold