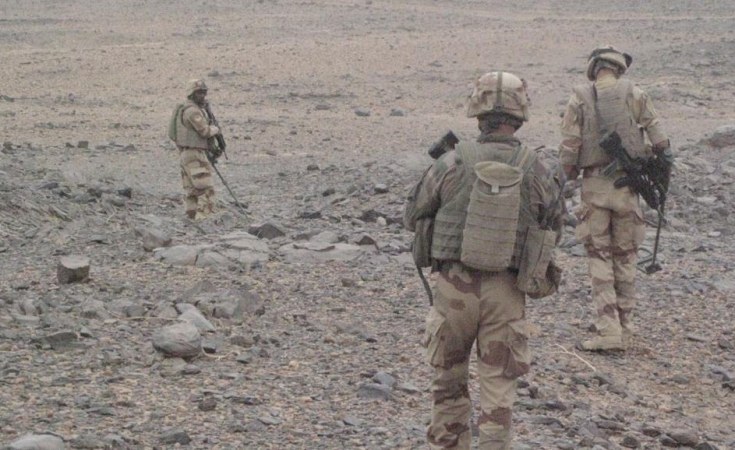 France's Barkhane forces completely withdrew from Mali this week, but Bamako continues to pursue Paris - this time at the United Nations. A letter from Mali's Foreign Ministry to the United Nations Security Council alleges that France supported jihadists within the country and committed airspace violations.

Diop indicates that he has "several elements" proving that illegal incursions into Malian airspace have been "used by France to collect information for the benefit of terrorist groups" and to "drop them weapons and ammunition", writes RFI journalist David Baché.

The letter speaks of some 50 "repetitive and frequent violations of Malian airspace by French forces" since the start of 2022. Drones, helicopters or fighter planes had flown over Mali "without authorisation" from Bamako, it said.

Diop writes that the French carried out "spying activities", including "packages dropped" by the French army on 8 August.

The Malian army says that after an attack on Tessit camp one week ago that claimed the lives of 42 Malian soldiers, "clandestine and uncoordinated overflight operations" were conducted.

This proves that terrorists, or more specifically the Sahelian branch of the Islamic State Group, had benefited from "major support and external expertise," alleges Diop.

France has not responded to these claims.

This is not the first time Mali accused France of violating its airspace. In April, it levelled similar claims after bodies from a mass grave in Gossi were found and returned to the Malian forces.

Mali asserted that French soldiers carried out these killings. France said that Mali and Russian mercenaries from the Wagner Group were responsible.

Diop called for an emergency meeting of the UN Security Council in his letter.

"In the event of the persistence of this posture which undermines the stability and security of our country, Mali reserves the right to use self defence," he said.

Mali Writes to UNSC Over France Violation of Airspace