West Africa: Dealing With the Trauma of Displacement in the Gambia 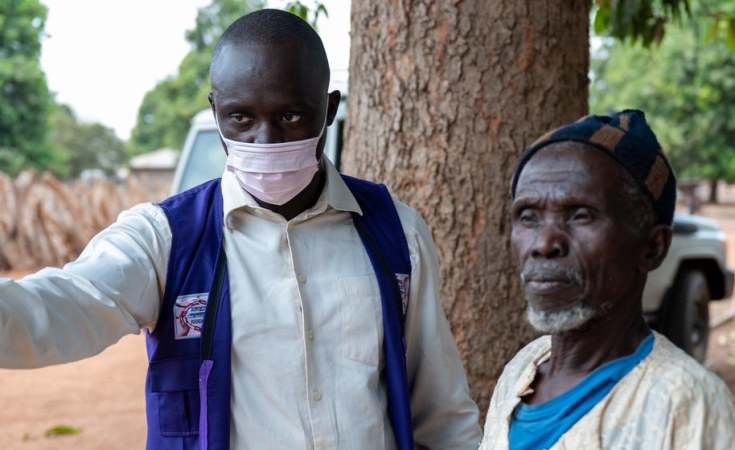 Thousands of Senegalese have been forced to flee their homes and seek refuge in The Gambia, after clashes broke out earlier this year, in parts of Senegal occupied by separatists. The UN is providing psychological support for many of those displaced, who are coping with the fact that a return home is an uncertain prospect.

When conflict broke out in Kaddy's Senegalese village in early April, she was forced to leave her belongings behind to save her family. "We lost everything. When we left, we could not take anything with us. Our animals, our food; everything was destroyed in the fighting."

Together with her husband and seven children, Kaddy fled north to The Gambia, eventually finding her way to a small village in Janack district, in an area popularly known as 'Foni'.

Having left with nothing, Kaddy and her family had to rely on the hospitality of the local community for food and shelter. "We feel like a burden to the other communities helping us," Kaddy laments. "We feel ashamed to be 'taken care of', but we have no choice."

Kaddy is among thousands of Senegalese forced to flee to The Gambia, according to the country's National Disaster Management Agency, after fighting broke out along the Gambian-Senegalese border, in territory occupied by the separatist Movement of Democratic Forces of Casamance (MFDC).

An additional 6,200 Gambians have been internally displaced, with another 8,500 affected in host communities - according to The Gambia's National Disaster Management Agency - by the conflict, which dates back four decades.

Recognizing the significant impact of the conflict on the well-being of displaced persons, the International Organization for Migration (IOM) mobilized its expertise in providing mental health and psychosocial support. In collaboration with the Supportive Activists Foundation, IOM deployed a mobile psychosocial team - consisting of a psychologist, two social workers, an educator, and a community mobilizer - to provide direct services to the affected populations.

One key approach being employed by the mobile team is psychoeducation, where volunteers meet with and engage communities to discuss mental health issues and possible signs and symptoms of stress. "The purpose is to raise awareness about the experiences of individuals who have gone through post-traumatic stress or have been negatively affected due to the change of environment brought by the crisis," said Solomon Correa, Supportive Activists Foundation Managing Director.

"We are able to teach them coping mechanisms during the discussions," says Amie, a volunteer psychologist. "After we orient them on the possible signs and symptoms of mental health problems, they are often very interested to talk with us in private."

Through the psychoeducation sessions, the mobile team is able to identify people with specific mental health needs that require further attention and conduct follow-up visits or referrals, as needed.

Fatou is one of many who have benefited from dedicated, one-on-one counselling sessions.

A Gambian previously living in Casamance with her Senegalese husband, her whole family fled when the conflict broke out. Fatou left her home abruptly and had no time to gather any belongings, as she was preoccupied with safely evacuating her 10 children, one of whom is physically disabled. For over two months, she has been living in her uncle's compound in Janack.

Fatou has resorted to small, day-to-day jobs, including offering labour on farms during harvesting to sell the produce on behalf of the farmers to make ends meet. However, the stress of providing for her family in a new environment, along with painful memories resurfaced from the shootings she witnessed, has had a negative impact on her mental well-being.

"To date, this is one of the things helping me the most in my daily life," Fatou says of the psychosocial support she has received. "I am really happy to talk to them [the mobile team] and share my feelings and problems without hesitation." Fatou's sessions with the mobile team have helped give her a sense of mutual solidarity with others who have been displaced: "It helps me to know we are not alone in this."

No end in sight

Months after the outbreak of conflict, there seems to be no end in sight. "We are not sure whether it is okay for us to go back or not. Right now, we have no clue," Fatou remarks.

The psychosocial support is helping the most affected cope with the drastic changes in their lives and pick up the pieces left behind. As Kaddy shares, "Just being able to talk to someone alone about our problems in this crisis really encourages us. It helps us to feel a little more comfortable even though there is no certainty about the future."

"Since participating in these sessions, I have been less worried," agrees Fatou.

In a world where mental health is often put in the back seat, the work of the six-person mobile psychosocial team demonstrates the benefits of prioritizing mental health needs.