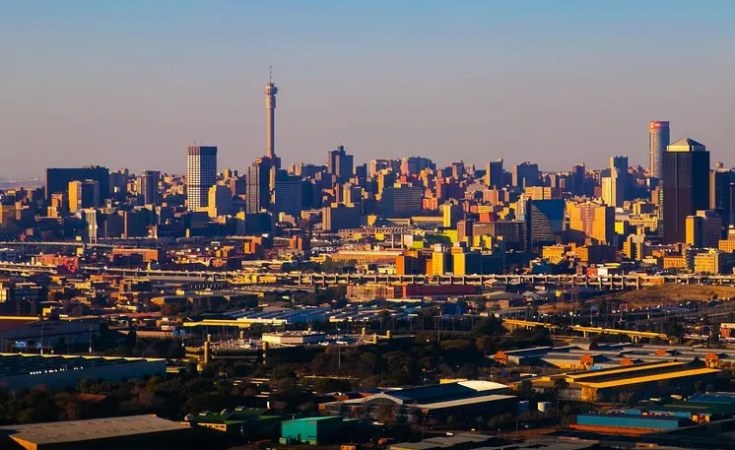 South Africa, Egypt, and Nigeria, with US$651 billion, US$307 billion, and US$228 billion in private wealth, respectively, account for US$1.18 trillion, or 56% of Africa's total wealth of US$2.1 trillion, which differs from GDP, a monetary measure of the market value of all goods and services produced in a country during a specific period.

Morocco and Kenya round out the top five African countries, with a total private wealth of US$125 billion and US$91 billion, respectively.

"From a worldwide standpoint, South Africa, Nigeria, and Egypt ranked among the top 15 nationals in terms of queries received by Henley & Partners last year." "South Africa was in fifth place internationally, with 38% increase in 2021, Nigeria in seventh place with 15% growth, and Egypt in fourteenth place with 25% growth," Dominic Volek, group head of private clients at Henley & Partners, writes in the report.

As evidence of how significantly the ten wealthiest nations affect the continent's total wealth, South Africa, Egypt, and Nigeria have experienced negative private wealth growth rates of -12%, -23%, and -27% during the last decade, respectively, resulting in a 7% fall in Africa's wealth growth since 2011.

South Africa has more millionaires per capita compared to any other African country.

Top ten African countries in terms of private wealth in 2022

There are around 136,000 people in Africa with an asset value of US$1 million or even more (or what the poll terms high net, worth individuals). However, only 6,700 have assets worth more than US$10 million. Only 305 Africans hold individual property valued at least US$100 million, with only 21 billionaires across the continent.

According to Amanda Smit, the firm's South Africa managing partner, Mauritius has been "the fastest rising wealth market in Africa in terms of percentage, with an expansion of 74% between 2011 and 2021." The island also has Africa's most extraordinary per capita wealth, at US$34,500.

Africa's Wealth in the Future

According to New World Wealth, Africa will have a 38% wealth increase over the next decade, with eastern African countries likely to lead the way, with "over 60% growth estimated in Rwanda and Uganda by 2031, and over 50% in Zambia and Kenya ."

It goes on to say that this will be fueled by rapid expansion in the technological and professional services industries.

According to the research, "South Africa has the largest luxury market in Africa in terms of revenue, closely by Kenya and then Morocco." Over the next decade, the African wealth management market is expected to rise by 60%.

According to the report, Africa's most enormous wealth was recorded in 2012 at US$2.4 trillion, while the largest number of dollar millionaires was 148,000 in 2017. However, the continent has been widely chastised for producing millionaires while leaving hundreds of millions of residents in poverty.

Africa 7 Most expensive cities to Live

On the flip side, here are Africa's top most expensive cities to live in.

Based on a 2022 Statista analysis, Kampala is the most expensive place to live in East Africa.

As of 2022, Dakar, Senegal, was ranked as the most expensive city in Africa due to high consumer goods costs.

Nairobi is not among the top most expensive cities in Africa.