Nigeria: For Want of a Better Life - Still On Nigeria's Medical Brain Drain 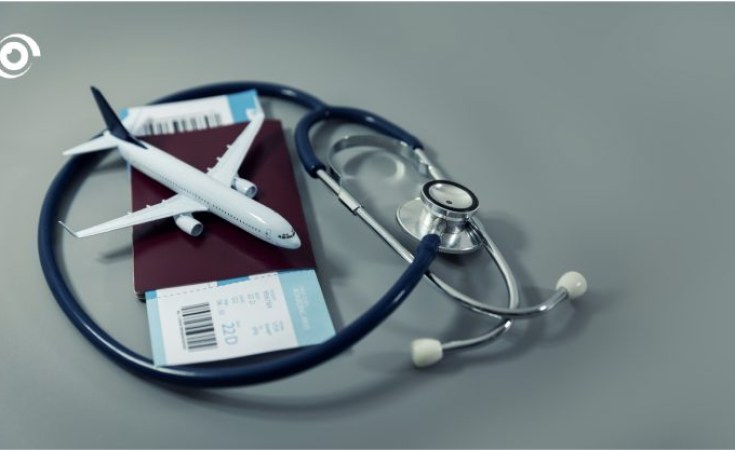 My friend, Dr Babatunde, turned down a job offer at a Federal Medical Centre and moved to the United Kingdom (UK) two weeks after passing his final exams in family medicine. This was after spending at least six to seven years in the residency training programme. I could not fault his decision to leave -- just like I won't fault any doctor who decides to leave -- because clearly, he is in a place where he will be given 'every support necessary' to work efficiently. I, however, empathise with the patients he left behind who can no longer benefit from his newly acquired skill.

Babatunde started the programme with seven other doctors from his institution, all of whom were training to become family physicians. We later found out that, of this number, five were making plans to leave the country as soon as they complete their training programme.

Another colleague moved from Nigeria to Saudi Arabia in the middle of his professional exams. Although this was his third try, when he got the offer to work in Saudi Arabia, he didn't hesitate to ditch the exam and move. After all, with his new salary upgrade he could now write the foreign medical exams that would qualify him to practice in Canada or the United States of America. When we chatted last week, he said it was tough being away from his family, but he did not regret it.

The United Kingdom and the United States are the top two countries Nigerian doctors emigrate to. According to data obtained from the General Medical Council of the United Kingdom, the total number of Nigeria-trained doctors working in the country as of November 2021 stood at 8,983.

But why are they leaving

While there are many reasons why my colleagues appear to be chasing the golden fleece to other countries, economic incentives are a major reason.

When your landlord begins to chase you because you are behind on your rent or when you must beg the proprietor of your children's school to give you more time to pay their fees, the offer to move to 'greener pastures' can be quite enticing.

There is also the lack of adequate medical equipment. Dr Babatunde told me that he now had the privilege of handling equipment he had previously only read about but had never seen as there were common in emergency rooms in the UK. The knowledge gap was also significant.

According to a 2017 survey by NOIPolls and Nigeria Health Watch on the Emigration of Nigerian Medical Doctors, factors cited for "pushing" doctors to leave Nigeria and move abroad include high taxes and deductions from salary, low work satisfaction and poor salaries and emoluments. They therefore "pulled" to move to countries where they were guaranteed better facilities and work environment, higher remuneration, career progression & professional advancement and a better quality of life.

Impact on the nation

The loss of human resource for health significantly compromises the capacity of the Nigerian health sector to deliver quality health care. According to the World Health Organization (WHO), Nigeria currently has a doctor-to-patient ratio of four doctors to every 1000 patients. This is grossly inadequate when compared to the standard specification of one doctor to every six hundred patients.

In my hospital, a resident doctor collapsed in the theatre after being on weekend call for 72 hours. This is one of the reasons the Association of Resident Doctors in my center embarked on two warning strikes this year to push for the employment of more doctors in the center.

Medical tourism has also thrived, as inadequate manpower, low staff morale, poorly equipped hospitals and the lack of specialised care forces patients to seek for alternatives abroad even when they can barely afford it.

The emigration of doctors and indeed other cadre of human resources for health is not a new topic and some thought provoking suggestions have been proposed to address the challenge. In addition to these, here's my two cents.

According to the Sustainable Development Report 2022, if Nigeria must achieve Sustainable Development Goal (SDG) 3 which aims to improve good health and wellbeing by 2030, the country must address the 'major challenges that remain'. Focusing on increasing the number of healthcare workers in the country can help improve our capacity to achieve SDG 3.

The introduction of Medical Residency Training Funds (MRTF) by the federal government, was a good move. However, government needs to show better commitment by paying the funds on time as every year doctors had gone as far as threatening to go on strike before this was paid. There is also the need for an upward review considering the recent increment in exams fees. Also, consideration should be given to those whose training might require them going abroad for their specialisation.

Health workers should receive proper monetary and non-monetary remuneration so we can be at par with our colleagues in other parts of the world. This includes upping our hazard allowances.

The need to push health into the forefront of national issues cannot be over emphasised. Africa is disadvantaged when we compare health statistics across nations and Nigeria is not any different. The Nigerian government was part of the Abuja declaration in 2001 where it was agreed that member nations should budget at least 15% of her national budget on health. This has never been achieved.

Adhering to the Abuja declaration will make available more funds to revolutionise the health sector by equipping our hospitals adequately and doctors will receive the appropriate pay which will enable them to take care of their training and mortgage and other needs, and hopefully stem the spate of emigration of doctors to greener pastures.

The doctors still practicing in the country are working under the same conditions that triggered the brain drain and if something is not done soon and fast, it will become more than an emergency. As for me, sometimes I wake up thinking, is it my turn to japa?