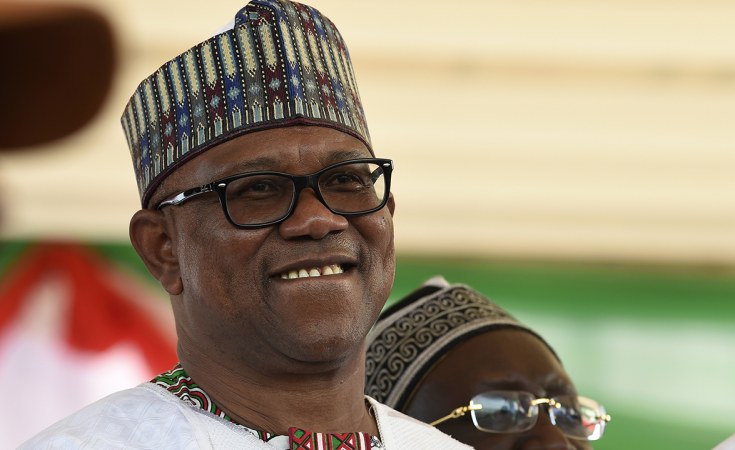 With 152 days to the 2023 general election, and less than 48 hours to the official commencement of political campaign, as indicated in the timetable and schedule of activities of the Independent National Electoral Commission (INEC), presidential candidate of the Labour Party, Mr. Peter Obi, is not just the issue in the election, but he also appears set to disrupt and deadlock the February 25 presidential race.

A recent THISDAY survey revealed that with the OBIdient Movement fast gaining traction in many parts of the country, especially, as new volunteers enlist on the Obi project almost on a daily basis, there might not be a clear winner in the first ballot of the presidential run, as the Obi factor might cause a disruption, leading to an inconclusive exercise.

THISDAY is launching a major opinion poll from October to study the trends in more depth, and local government by local government sample size, with a key global partner and big time player in the polling world. But what the current trends presuppose is that Obi is causing a major upset in the election that could disrupt and deadlock the presidential bout such that no winner would emerge, thereby forcing a run-off.

Already, the 2023 presidential election is generally considered a three-horse race among the trio of Atiku Abubakar of Peoples Democratic Party (PDP), Bola Tinubu of All Progressives Congress (APC), and Obi.

Rabi Kwankwaso of New Nigeria Peoples Party (NNPP) is coming closely behind and may contribute to who wins. Kwankwaso's showing may take votes away from Tinubu and Atiku.

Though many still hold the view that it would be a straight fight between Atiku and Tinubu, with Obi disrupting the emergence of a clear winner and eventually forcing a run-off.

But with the changing political climate, largely leaning towards Obi, analysts hold the view that the crowds gradually coming together to advance the cause of his presidential bid can no longer be taken for granted. Many believe Obi has become a major force that would ultimately determine the direction of the presidential race come February next year.

On Saturday, for instance, Obi supporters staged a peaceful rally in Abuja in stunning numbers. The march, which commenced from the Unity Fountain to the Moshood Abiola National Stadium, amid heavy security, was an intentional exercise to prove that Obi and his running mate, Datti Baba-Ahmed, had physical structures beyond the social media, as some often insinuated.

Before the Abuja rally, the OBIdient movement had held similar exercises in places like Port Harcourt, Onitsha, Jos, and Enugu, among other cities in the country, where the crowd had indicated that Obi was fast becoming a force.

While the planned Lagos leg of the rallies was put on hold, as it was already a subject of litigation, similar support rallies for Obi had been held in many parts of the world, where people had mobilised and organised themselves organically for the OBIdient movement.

What this means, therefore, is that Obi is the issue at the moment, whose presidential bid seems to pose a major threat to other contenders, and may ultimately disrupt their chances.

Understanding the Trends in the Zones

According to data available to THISDAY, Peter Obi is likely to win the entire South-east with an average of 60 per cent, and he is trending at 30 to 40 per cent in the South-south; 20 to 30 in South-west; and 30 per cent in North-central. But he is below five per cent in North-east and North-west. This means that Obi is picking winning votes from Tinubu and Atiku, and, at the same time, disrupting their calculations.

The Kano-born strongman, Rabiu Kwankwaso, findings reveal, is doing well and trending 50 per cent in his Kano base, a critical state in the North-west; 30 percent in Tarab; about 10-15 per cent in the rest of the north; and below five per cent in the entire south

Clearly, and from all indications, if the current trends subsist, no one may win or get the spread of 25 per cent in 24 states in the first ballot, meaning the election will be inconclusive and a run-off declared by the Independent National Electoral commission (INEC).

According to THISDAY survey, based on findings from field reporters, which is not scientific but just trends, Obi is unlikely to win. But he would most certainly disrupt the presidential run for the two big guns. He is taking votes away from Atiku and Tinubu in the North-west and North-east.

Meanwhile, THISDAY concluded plans to launch a major global opinion poll from October, with a major global partner and big time player in the polling world that would be announced soon, preparatory to next year's elections.

The exercise is an idea conceived to guide the active players, the voters and the observing world, and help them keep up to speed with trends as they unfold, just before the general election.