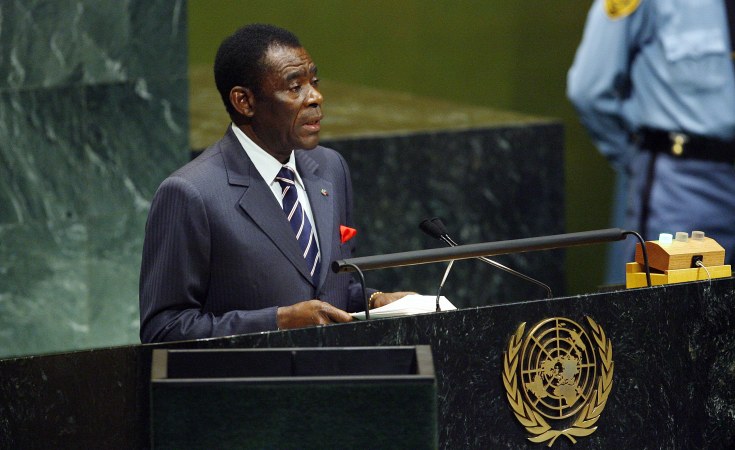 President Teodoro Obiang Nguema Mbasogo of Equatorial Guinea, who is also the host of former Gambian dictator Yahya Jammeh, has expressed an "objectionable intention" to contest the coming Presidential election, thus paving the way for the 80-year-old leader's sixth term in office.

Since the announcement, several European institutions have demanded a "free, fair and transparent election". However, the country's Parliament, dominated by his ruling party has already approved a bid to fast-forward the country's 2023 election to November.

Expectedly, the opposition has lodged "complaints and grievances" alleging that it is meant to deprive them the opportunity to "campaign properly in an already unlevelled political field".

Subsequently, the President's opponents have only few weeks to meet the electorates prompting international observers to cry foul.

But, regarding the death penalty, the UN High Commissioner for Human Rights has commended the country, noting that it was "incompatible with fundamental tenets of human rights and dignity".

Responding to The Point, a journalist in the capital, Malabo said: "Despite the fact that the government replied to the allegations indicating the change was "needed in a framework of major economic restriction and control... It never recognises the rights of the press, legal practitioners and the opposition... In a nutshell, the repression will continue..."

President Teodoro, a former military officer who came to power since 1979 and currently hosting Yahya Jammeh despite international outcry to hand over the former Gambian dictator to face justice vehemently denied the allegations against him.

However, right organisations including Human Rights Watch and Amnesty International protested that "... corruption, poverty and repression continue to take place... vast oil revenues funds lavish lifestyles for the small elite surrounding the President... the population continues to live in poverty".

During our inquiries, this correspondent also hears that Teodoro Nguema Obiang Mangue, the President's son, who is also the Vice President will "take over from his father."

Few months ago, he was convicted on "various money laundering charges and embezzlement of public funds". But despite the unprecedented verdict, the Vice President also denied all the accusations against him.

Tagged:
Copyright © 2022 The Point. All rights reserved. Distributed by AllAfrica Global Media (allAfrica.com). To contact the copyright holder directly for corrections — or for permission to republish or make other authorized use of this material, click here.