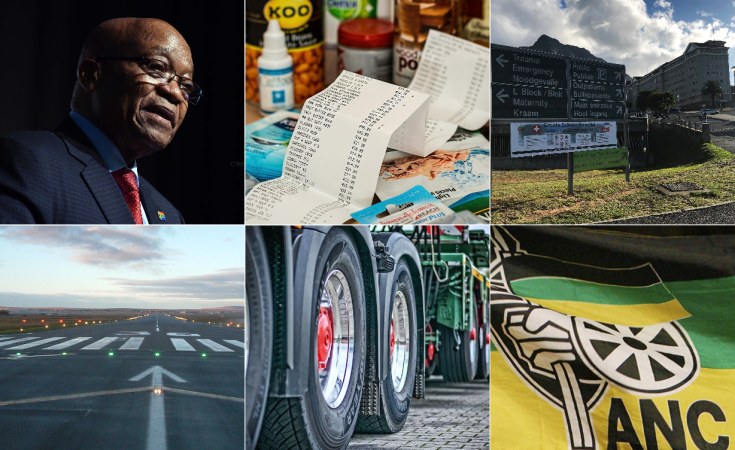 Jacob Zuma Says He Will Answer If ANC Calls

Former president Jacob Zuma, 80, is not ruling out a political comeback, according to a statement on his daughter's Twitter page, eNCA reports. Zuma says he has been approached to avail himself for the position of national chairperson. Zuma says he will not refuse such a call.  He is also throwing his weight behind Nkosazana Dlamini-Zuma to lead the ANC.

As South Africans buckle under the strain of rising food costs, the Democratic Alliance wants the finance minister to make good on a promise to consider exempting more food items from value-added tax. They want meat products such as chicken and beef added to the zero-rated basic food basket. Finance Minister Enoch Godongwana told parliament there was no intention of expanding the zero-rated food basket but he said he would consider subjecting more items for review by an expert panel.

Health Minister to Give Update on Load Shedding Impact on Healthcare

Health Minister Dr Joe Phaahla will give an update on the impact of load shedding on the healthcare sector later this week, Eye Witness News reports. Department officials said the minister has started a process to get all facilities exempt from Eskom's rolling power cuts. South Africa is currently experiencing stage 3  power cuts.

Have Jet Fuel, Will Fly - ACSA Assures Cape Town Airport Passengers
Airports Company SA (Acsa) is urging passengers not to be concerned as a short supply of jet fuel isn't expected to impact flights. It said that contingency plans had been put in place to prevent Cape Town International Airport from running out of fuel. A vessel carrying its refill shipment has been delayed at sea due to adverse weather conditions and the airport currently had four days of jet fuel stock available, Eye Witness News reports.

The Road Traffic Management Corporation has warned truck owners that they will be held liable for their drivers' negligent driving, Eye Witness News reports.
The corporation is concerned with the number of truck accidents which have been reported since the beginning of this year.

ANC Walks Out of COSATU Conference

After two days of hoping delegates would eventually allow the ANC to deliver its message of support, ANC members gave up and walked out of Cosatu's conference today, News24 reports. This follows the snub of ANC Secretary-General and Minerals Minister, Gwede Mantashe who was booed off the podium - a move reminiscent of President Cyril Ramaphosa who was also heckled off the podium at COSATU's May Day Rally earlier this year.