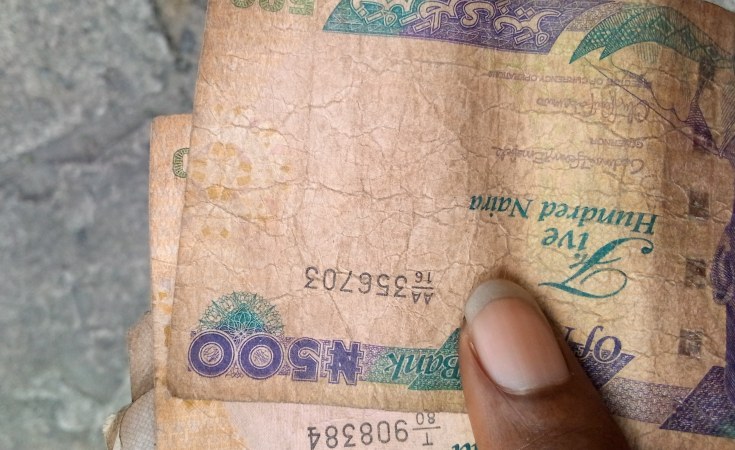 President Buhari said reasons given to him by the CBN convinced him that the economy stood to benefit from the policy.

President Muhammadu Buhari has declared support for the move by the Central Bank of Nigeria to redesign the three largest denominations of the naira.

According to a Sunday statement by his spokesperson, Garba Shehu, the president said the CBN's decision had his support and he is convinced that Nigeria will gain a lot by doing so.

The old and the new notes would both be valid until February when the old notes will no longer be legal tender, Mr Emefiele said.

He said about 80 per cent of Nigerian currency was outside bank vaults with many hoarded by criminals, thus the reason for the policy.

However, the finance minister, Zainab Ahmed, said her ministry was not consulted before the policy was announced and she believes the policy is wrongly timed.

"The policy may be a well-conceived one but the timing, going by realities on ground, is very wrong as the naira may fall to as low as N1,000 to a US dollar before January 31, 2023, fixed for full implementation of the policy," she said.

"We were not consulted at the Ministry of Finance by the CBN on the planned naira redesigning and cannot comment on it as regards merits or otherwise."

In response to the finance minister's statement, Mr Emefiele said he got the permission of the president before announcing the policy.

On Sunday, Mr Buhari confirmed he gave the permission.

President Buhari said reasons given to him by the CBN convinced him that the economy stood to benefit from the reduction in inflation, currency counterfeiting and the excess cash in circulation, Mr Shehu wrote.

The spokesperson said the president spoke in a Hausa radio interview with two journalists, Halilu Getso and Kamaluddeen Shawai, to be aired Wednesday Morning on Tambari TV.

The president said he did not consider the period of three months for the change to the new notes as being short.

"People with illicit money buried under the soil will have a challenge with this but workers, businesses with legitimate incomes will face no difficulties at all," Mr Buhari was quoted as saying.