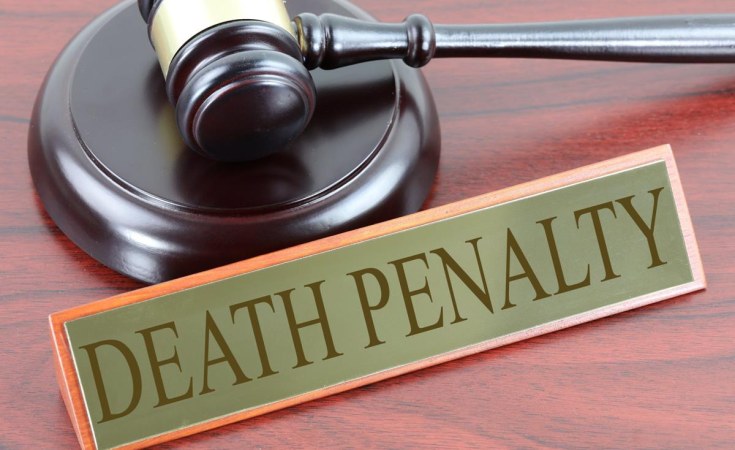 A decision by the constitutional division of Lesotho’s High Court has found controversial provisions in that country’s sexual offences law, unconstitutional. In particular, the court held that stipulating the death penalty for a convicted rapist, held to have known he was HIV positive at the time of the crime, infringed the constitutional right to freedom from discrimination and to a right to equality before the law. Carmel Rickard unpacks the judgment.

Just over 20 years ago, Lesotho’s then Minister of Justice, Law & Constitutional Affairs, Refiloe Masemene, introduced a new Bill on sexual offences to Parliament. Among other proposals, accepted by MPs and brought into law, was this: that the penalty for a convicted rapist, aware at the time of the crime that he was HIV positive, was the death sentence.

Last year, a magistrate presiding in a rape case with facts like these, forwarded the case to the High Court for sentencing as she did not have the jurisdiction to impose the death penalty. The High Court, in turn, believing that the case presented serious constitutional issues, asked for further input from relevant sectors of civil society as friends of the court, particularly the Lesotho Network of People Living with HIV and AIDS (LENEPWA).

The case was argued in May 2021, and judgment was given last week. Delivering the court’s unanimous decision in the matter, Judge Molefi Makara explained the delay. He said that his laptop had become infected by a ‘ransom virus’ and that it had ‘graphically distorted the draft judgment in my over five-years-old laptop.’ The relevant information technology unit had been unable to replace the machine and this had added to the delay.

On the subject of the constitutionality of the death penalty provisions where a rape accused knew they were HIV positive, counsel claimed these provisions breached a slew of guaranteed rights, among them the right to life, to freedom from inhuman treatment, fair trial rights, the right to respect for private life, and the rights to equality before the law as well as to the equal protection of the law.

In his decision, Makara found that the magistrate should first have decided whether there were extenuating circumstances in relation to the accused. Only after making those decisions, would she have been able to decide on a proper punishment. Only if she had found that he did, indeed, merit the death penalty, would she have needed to send the case to the High Court for sentencing.

He stressed that the magistrate had to consider the appropriate penalty for herself, since the legislature was not empowered to ‘deprive the judiciary’ of its inherent judicial powers including sentencing.

Dealing with the question of whether the rights to equality before the law and to the equal protection of the law had been breached by the section that mandated the death penalty for a convicted rapist who knew he was HIV positive at the time of the crime, Makara said the idea of equal protection of the law was ancient in origin, and had been prevalent ‘from the classical era and across the successive phases of civilisations. He quoted from the Bible to show that this was an idea enshrined there, and then moved to international legal instruments that embodied this principle in more modern times.

He pointed to the problem that the death penalty was not prescribed for other sexually transmittable diseases ‘that are relatively and potentially life-threatening analogous to HIV’.

‘Here reference could be made to syphilis, human papilloma (HPV) and hepatitis, mainly due to their secondary sequelae.’

The current medical reality in relation to treatment of HIV had to be contrasted with earlier views when there were ‘no medical interventions’ for HIV. This lay behind the decision of Parliament to prescribe the death penalty, as there was a predominant perception that such a crime ‘effectively amounted to the sentencing of the victim to death.’

Parliament reacted from a state of panic and passed the legislation to ‘save human lives’. Since then, however, medical advancements had largely removed that rationale for prescribing the death penalty in such cases.

Makara said it made ‘constitutional sense’ in the case of someone convicted of a sexual offence to remove the veil of the accused’s right to privacy. By mandating a compulsory HIV test for the accused, Parliament had the legitimate intention to protect ‘the victim of the offence, the family and the public’.

He added: ‘Incidentally, this would benefit others who could in future interact intimately with the victim. It would further conscientise the victim to timeously receive treatment and to (tread) carefully when dealing with other people.’

The court concluded that the law prescribing the death penalty was unconstitutional in violating the right to equality before the law and equal protection of the law. It also found that the right to freedom from inhuman treatment was infringed by the law.

However, the court declined to find that the death penalty itself was unconstitutional in Lesotho.

What should happen about the sentence to be passed in the case of the man at the centre of the matter, who was convicted of rape? The Constitutional Court said that the issue was to be sent back to the trial court for the magistrate to determine the appropriate sentence in the light of the new findings, and that the Director of Public Prosecutions should intervene to ensure the matter was dealt with speedily.

The court thanked, among others an expert witness from the Desmond Tutu HIV Centre of the University of Cape Town, along with the Kenya Legal and Ethical Issues Network in helping sponsor counsel for the friends of the court. The Southern African Litigation Centre (SALC) was also thanked for its help in the matter. Commenting after the decision was delivered, SALC quoted the executive director of LENEPWHA, Maketekete Thotolo, who said the judgment acknowledged that the ‘over-broad use of criminal laws and sanctions solely based on HIV status is unjust and not justified by a scientific and human-rights based approach’.

While the outcome of the case is to be welcomed – as the court explained, the prescribed death penalty amounted to a serious aberration here – the judgment itself was no easy read. It dealt with a matter of great public interest, but was written in a style that few members of the public will be able to follow.

Next Story
Tagged:
Copyright © 2022 Legalbrief. All rights reserved. Distributed by AllAfrica Global Media (allAfrica.com). To contact the copyright holder directly for corrections — or for permission to republish or make other authorized use of this material, click here.