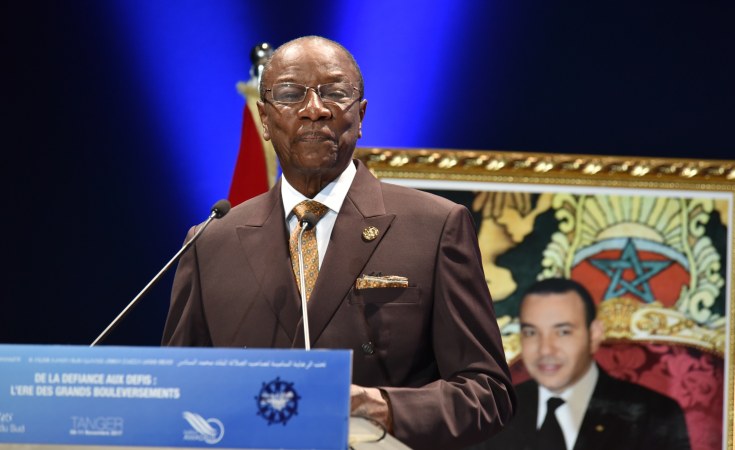 Guinea's justice minister has ordered legal proceedings against former President Alpha Condé and more than 180 officials from his deposed regime for alleged corruption and embezzlement of public funds.

Guinea has been run by a military junta that overthrew Condé in a coup last year, with opponents saying the military is going after Condé's old allies to prevent them from running in the next elections.

The junta has proposed to hold elections after a 24-month transition period, but has not yet confirmed when that would start.

#Guinea's ruling junta on Thursday ordered prosecutors to take legal action against former president Alpha Conde (who was overthrown in a 2021 coup) and over 180 other officials and ex-ministers, notably for alleged corruption.https://t.co/z6sE6WpaKd-- The Africa Report (@TheAfricaReport) November 3, 2022

In a letter to two attorney generals on Thursday, Justice Minister Charles Wright requested that legal proceedings be initiated against Condé and around 180 former officials for "corruption, embezzlement of public funds, illicit enrichment, money laundering, forgery and complicity".

Officially, Condé is in Turkey for medical treatment, but his exact whereabouts are unknown.

Some officials on the list - including the former prime minister and former president of the national assembly - have already been detained by the junta for months on similar accusations.

Several people on the list are dead, and some names are listed twice.

The junta had ordered legal proceedings against Condé and 26 of his former officials in May over deadly violence surrounding Condé's disputed bid for a third term in 2020.