Africa: Woman King Is Set in Benin but Filmed in South Africa - in the Process It Erases Real People's Struggles 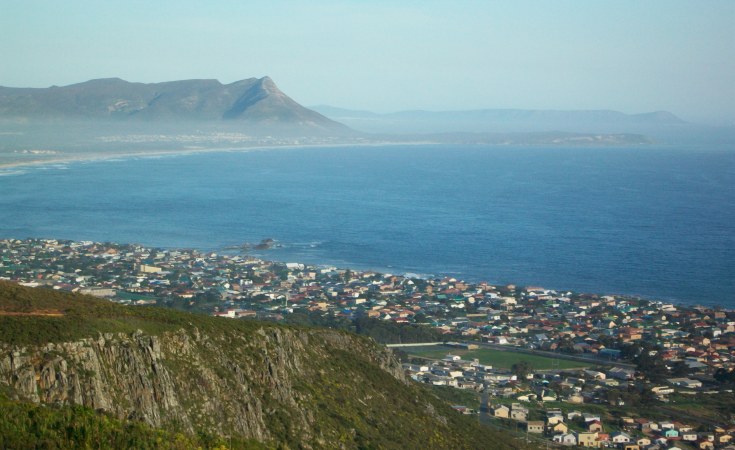 The latest film by director Gina Prince-Bythewood, The Woman King, is about a legendary all-woman African army in the 1800s, the Amazons of Dahomey. It takes place in what is today the Republic of Benin in west Africa. It wasn't filmed in Benin, but in South Africa, in the KwaZulu-Natal and Western Cape provinces using locations that look like west Africa.

The film has had an overwhelmingly positive reception, but some critics have cautioned against ignoring history in favour of crowd-pleasing storytelling. I would like to draw attention to the film's use of the African landscape, as Hollywood tells new stories while ignoring the struggles of the present.

I am a curator of African art in Kingston, Ontario. I arrived in Canada from Cape Town around the time The Woman King was being filmed in the coastal town of Kleinmond in the Overstrand, where I'd lived with my family. I was struck by how the town was depicted.

The film uses Kleinmond as the site of great battles that glorify Africa's history. But the town's actual history is one of struggle and the oppression of black people that lives on to this day. The Woman King shows a pristine version of Kleinmond, digitally altering the landscape to erase black lives and settlements.

Cheating one film location for another is common practice. Film infrastructure exists in the Western Cape and there are financial incentives that attract international film makers. Not only is the natural diversity of South Africa appealing, it's also marketable.

But film locations in Africa are often used as a generic Hollywood backdrop or African cities are easily traded. For example, Blood Diamond is set in Sierra Leone and was filmed in Cape Town. More recently Avengers: Age of Ultron's battle scenes played out in downtown Johannesburg.

These distortions are part of the global film industry, but they can also lead to a distortion of a continent and its history. The Woman King's use of Kleinmond's setting may seem like just a technical gimmick, but it points to a bigger issue: even when telling African stories, Hollywood reimagines the true history and geography of the continent to serve western audiences.

The original town was settled from the 1850s by fisher families who made their living from the Atlantic Ocean. In the 1950s, when it became part of a "white group area", Kleinmond was bulldozed by the apartheid government, its people forcibly removed to Protea Dorp on the mountainside near the town dump. A letter by a local fisher, Petrus Johannes Fredericks, attests to growing up in Kleinmond harbour and to his family's forced removal. He writes about the ongoing struggles to secure scarce government fishing quotas.

It's ironic that Kleinmond was the backdrop for The Woman King's battle scenes, and appropriated into a story of a glorious, fictitious African past. Frequent violent protests in the area show that the real life struggle for the ocean and the land is still underway. During recent protests for better housing, burning tyres were positioned around an area called Perdekop and it became a true battleground for its inhabitants.

In a similar way, Kleinmond's complexities and its embattled people are erased for the purposes of tourism. According to local authorities, the natural beauty and biodiversity are the "finest example of mountain fynbos in the Western Cape and (the Kleinmond biosphere is) a world-renowned World Heritage Site". But this heritage has yet to yield enough sustainable jobs, and for many Kleinmond men, the illegal trade in endangered abalone is one of only a few forms of employment.

The white South African art world also has countless examples of black erasure and distorted storytelling. The apartheid state's favoured painter JH Pierneef painted empty, detailed landscapes of South Africa that were hung in government buildings across the country. He never showed the conflicted human life inhabiting those landscapes, erasing black people, the original inhabitants. Irma Stern, favoured by white liberals, preferred painting scenes in the Bantustans or black reserves of South Africa to show an "authentic" African life. She ignored the everyday trauma of living under apartheid to capture what she considered the African ideal.

The Woman King continues this elided narrative by presenting Africa as largely uninhabited and pristine. But what does it mean when the real, battle-worn Perdekop is not acknowledged and becomes part of an elaborate computer graphic of a white settlement instead? Or a graphic of fictional houses is overlaid on the Overhills settlement?

As a curator, I think about which stories we tell in the present, which stories will endure, but most importantly what shape our collective responsibility takes. Kleinmond is close to my heart, which is perhaps why I'm especially troubled by this new kind of historical erasure, as the African landscape is digitally emptied and its people ignored so that its image can be used as the canvas for a redemptive story.

All this is not to say that The Woman King does not carefully counter harmful African stereotypes; it does. It presents African women as strong, healthy and independent, Africans as the inheritors of a rich cultural tradition and Africans as majestic purveyors of lost ideals. But at what cost does this fictional black redemption come?

In erasing the past, the film undermines Africa's struggles, creating a false impression of the continent to please western viewers.