Africa: What's on the Agenda for the U.S.-Africa Leaders Summit? 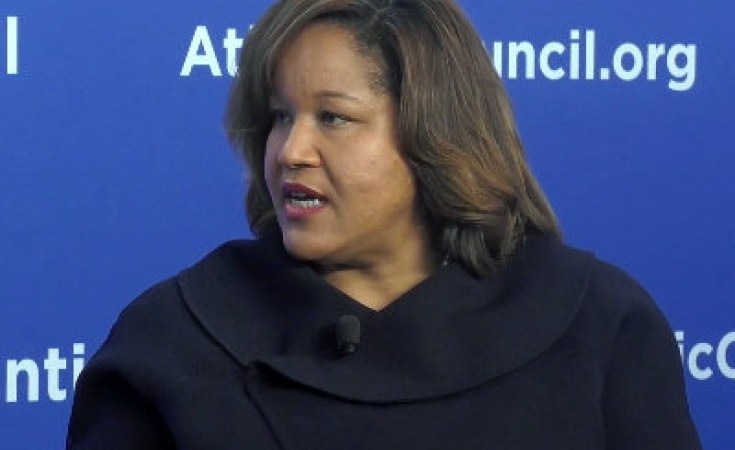 Washington, DC — Invitations for African leaders to convene in world capitals have become regular features on the diplomatic calendar. The France-Africa Summit, an annual event since 1973, and periodic Tokyo International Conferences that began in 1993, have now been joined by similar gatherings in China, Turkey, India, Russia, various European Union capitals and the United Kingdom. U.S. President Barack Obama hosted African leaders in 2014, and now President Joe Biden is following suit with the second U.S.-Africa Leaders Summit in Washington DC next month.

The three-day event from December 13 to 15 includes meetings addressing a broad range of topics affecting the relationship between the United States and countries on the African continent. Dana Banks, Senior Advisor for the Summit at the White House, spoke with AllAfrica's Reed Kramer about the administration's preparations for the gathering. Banks, Senior Director for Africa at the White House before being tasked with her current summit role in July, is a foreign service officer who has served in South Africa, Togo and Tanzania. AllAfrica conversations and interviews are lightly edited for clarity, flow and length.

With two weeks to go, what kind of participation are you anticipating?

We're nearing 45 RSVPs for heads of state or heads of delegation, as some heads of state were not able to attend in person. The President is excited for an opportunity to have robust discussions on issues of both regional and global import with his African counterparts.

Invitations went to 49 African Union member states. What were the criteria for excluding six?

We wanted to be as inclusive as possible, not defining the region for the region but taking the lead from the African Union. Not invited are those who have been suspended from the AU: Burkina Faso, Guinea, Sudan and Mali. An additional element was inviting only countries with whom we have full diplomatic relations – currently, we do not exchange ambassadors with Eritrea. And countries we recognize – the U.S. has not recognized Western Sahara, so they were not extended an invitation. We did extend an invitation to Zimbabwe at the foreign minister level, given U.S. sanctions against other members of the government.

As you decide on the agenda, what input are you getting from Africa?

Consultations started some months ago. Even before the dates were officially announced, we have been engaging in the field through our ambassadors and their host country counterparts, as well as with the African diplomatic corps here – the Dean of the Diplomatic Corps [Serge Mombouli from the Republic of Congo] and the AU ambassador to the U.S. [Hilda Suka-Mafudze], as well as our ambassador to the AU [Jessica Lapenn]. And directly with [Senegalese] President [Macky] Sall's team as well, since he is currently chair of the AU.

One of the summit objectives on the administration's list is to "amplify diaspora ties." How is that structured?

This follows from the U.S. strategy towards Sub Saharan Africa that was released in August. We have been very intentional about incorporating this element into the summit. Africa's youth are the engine of entrepreneurship and innovation, and our African diaspora in the U.S. is a source of strength. The African Union has identified the African diaspora as the sixth region of the AU, and we want it to incorporate it meaningfully into the summit. The African and Diaspora Young Leaders Forum on Day One brings together both elements to focus on higher education and workforce development, particularly in the creative and innovative industries, and environmental equity as well, to build partnerships to create a more sustainable future.

How are you accommodating the fact that the recently released strategy covers policy towards Sub Saharan Africa while summit participants include north African countries?

This summit is inclusive of the entire continent. There are obviously linkages and shared priorities that cross geographical boundaries. In the U.S. government, we have our internal alignments [with Sub Saharan countries assigned to the Africa Bureau in the State Department while the Near East Bureau includes Algeria, Egypt, Libya, Morocco and Tunisia.] But the summit is bringing together all of our African partners to talk about regional and global challenges and harness new opportunities in our relationship.

Along with the African and Diaspora Young Leaders Forum, what other events are planned for December 13th?

There's really a lot going on that first day! We've had to break it out into three venues to accommodate the various discussions. The Young Leaders Forum will be at the Smithsonian Museum of African American History and Culture. Simultaneously, there will be civil society forum that will take place at the U.S. Institute for Peace. And at the Washington Convention Center, the main summit venue, in addition to the Youth Leader meeting, there will be a peace, security and governance forum, where we will have representatives of our development, defense and diplomacy arms to talk about the inextricable linkages between democratic institutions and governance and long-term peace and prosperity.

There will also be an African Growth and Opportunity Act ministerial [convened by United States Trade Representative Katherine Tai] and a health ministerial, looking at how we partner with the AU and African countries to build more resilient and equitable health systems to address both current and future health challenges.

The following day, the 14th, is devoted to the U.S. Africa Business Forum - with business and government leaders, CEOs and the President's Advisory Council on Doing Business in Africa - which will talk about our shared policy priorities as well as catalyze and elevate two-way trade and investment.

The 15th will be leaders' day and will open with leader-to-leader discussion of the seven aspirations for the #theAfricaWeWant outlined in the AU Agenda 2063 documents. President Biden will hear thoughts from leaders on what the document means, how they are translating that for their countries and how we can partner on shared priorities. There will be a lunch session on how we work multilaterally with our African partners to address global challenges, and on having a greater African voice in global matters through multilateral institutions and fora.

The last session for the summit will be around addressing food security and food systems. Resilience is a key component of what the African Union wants to discuss and partner with us on – both given the current crisis, but also for medium- and long-term solutions.

Coming right after COP27, where the outcome was less than what Africans and others wanted, how does the climate crisis figure on the meetings' agendas?

I mentioned there will be a Day One ministerial level session on conservation, climate adaptation and a just energy transition. This will highlight both the opportunities and challenges as we aim to reach the 2030-2050 goals on conservation, clean energy and climate adaptation. Some of the focus will be on forests and wildlife and on protecting Africa's water by combating illegal under-reported, unreported and unregulated fishing; also climate adaptation including climate-smart agriculture and the clean energy transition. There also will be discussion in the business forum. We have a session on infrastructure and how the private sector can partner through vehicles like the PGII (Partnership for Global Infrastructure and Investment) to assist the continent in meeting adaptation goals.

@POTUS / Twitter
U.S. President Joe Biden and President Felix Tshisekedi of the Democratic Republic of the Congo (DRC), Chair of the African Union (AU) meeting on the margins of the G20.

How and where will President Biden and Vice President Kamala Harris interact with the visiting leaders?

All leaders are invited to the Business Forum on Day Two to participate along with global CEOs, foundations, institutions and the like, where President Biden will speak. Day Three is leader-to-leader only, and we anticipate that there will be a presidential or vice presidential-level leading for those discussions. Given the number of leaders, we want to have as much time as possible for heads of state to engage. There will also be a chance for social engagement and interaction. The President and Dr. Biden will host leaders for dinner at the end of Day Two, and there will be additional opportunities. We anticipate the President will be able to engage both formally and informally with the leaders.

Across Africa, health delivery and vaccine equity are high-priority concerns, as is continued U.S. funding for Pepfar, the assistance program critically important for combatting HIV and Aids. How does health figure in the planning?

Strengthening health systems will be a focus of the ministerial session on the 13th. We have a long history of support for health – with Pepfar about to celebrate its 20-year anniversary, with systems set in place during the Ebola crisis in West Africa and for the pandemic and work with the Africa CDC [Africa Centre for Disease Control].

Are there plans to address efforts to end conflicts – in Ethiopia, the eastern Democratic Republic of Congo, Mozambique and the Sahel?

We know this is top-of-mind for the AU leadership as well as individual heads of state. As I mentioned, we have ministerial and cabinet secretary-level discussions on Day One at the peace, security and governance forum. We're going to talk about specific concerns and pressing challenges but also look at the overall sort of structure of these crises: strengthening democratic institutions and values; being able to provide better services for people that can lead to greater stability through development; accountability and respect for human rights, and – particularly – the role of women and civil society in peace-building. We know that will be a robust discussion that will set the stage for further discussions at the leaders' level. I'm sure this will be discussed during the Agenda 2063 session on Day Three.

Are there plans for bilateral meetings between individual leaders and the President and other U.S. officials?

Nothing to read out at this time. But we continue to hammer that out.

How would you measure the response you are getting as the summit dates approach?

There's a great deal of excitement about this summit. I've been contacted numerous times about how to get a ticket, but it's not a ticket kind of forum! It is the President inviting the leaders here to discuss global challenges that we all face and Africa's integral role in addressing those challenges. How we elevate our partnership with the continent, working with the youth to provide skills and jobs. How we make our trade and investment relationship more robust, and mutually beneficial. How we  prepare for future pandemics while addressing current ones. We have some exciting things lined up not only to discuss but to announce when the time is right.