Cameroon: Women Have a Vital Role in Cameroon's Reintegration Process 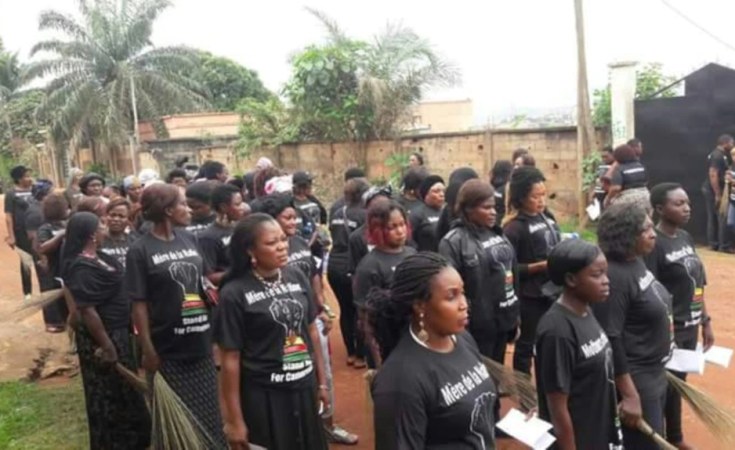 Women in Cameroon need a role in encouraging Boko Haram members to leave the group and reintegrate back into communities. Many of the terror group's ex-associates are women. In the country's Far North departments of Diamaré and Mayo-Sava, the proportion of former female members are as high as 46.7% and 40% respectively, the International Organization for Migration (IOM) reports.

The needs of these former Boko Haram members are often understood by women in communities affected by violent extremism. They also know the concerns that exist in host or receiving communities regarding reintegration processes. This knowledge can inform national and regional programming on peace processes in ways that reflect gender sensitivity and inclusiveness.

In recent months, women have played leading roles in public demonstrations against Boko Haram through speaking out, sit-ins and marches. They made up many of the numbers in protests this year, including in the Mayo-Sava and Mayo-Tsanaga departments. In the latter, hundreds of people walked nearly 70 km in May to protest in front of the governor's office. At times, more women were in the group than men, demanding better protection from Boko Haram.

Some demonstrators interviewed by the Institute for Security Studies highlighted concerns about the reintegration of former violent extremists. They worried that social cohesion would be undermined by community members previously associated with Boko Haram. These former associates were integrated into neighbourhoods without any form of trial or protocols on demobilisation and deradicalisation.

In Mayo-Tsanaga, 93.5% of the population believe that host communities are not on good terms with ex-associates or ex-combatants because of the pain caused by atrocities inflicted by Boko Haram. They think this complicates reconciliation.

Women know what needs to be addressed, despite the challenges they face due to the loss of lives and livelihoods, spouses, mass displacement and the risk of sexual-based violence. This awareness makes them valuable in the disarmament, demobilisation and reintegration process.

Yet women are generally not perceived as significant actors in the planning and implementation of these programmes or in peacebuilding and social cohesion processes. Their voices are rarely recognised as those of experts despite evidence of their valuable contribution to conflict resolution. As such, women need to participate in local peace efforts and the disengagement and reintegration of former terrorists.

A considerable number of former Boko Haram associates are women

There is another set of concerns relating to female ex-associates that deserves attention. On returning home, some are victimised by their families or communities. They are stigmatised when they try to remarry and, in some cases, are rejected outright. According to the IOM, in Cameroon, victimisation is higher among female former Boko Haram members than males. If left unaddressed, this can hinder reintegration efforts.

Beyond identifying the needs of women who have left Boko Haram, to what extent are women in general involved in policy and programming processes?

The number of women in Cameroon's National Committee for Disarmament, Demobilisation and Reintegration (CNDDR) is insufficient. The CNDDR includes a board of directors, a national coordination component and regional centres. The board is led by the prime minister and comprises 16 members - only one of whom is a woman. None of the five officials staffing the national coordination component and regional centre are women.

However there are opportunities at the national level to expand the involvement of women. The National Women's Convention for Peace in Cameroon is an initiative of several women's organisations in the country's 10 regions, supported by the Ministry of Women's Empowerment and the Family. It reflects an attempt by women to ensure their equal and consistent involvement in mediation and negotiation processes, in line with United Nations Security Council Resolution 1325.

Such initiatives should be encouraged. In addition, the 2018 decree that established the CNDDR should be amended so that women can be more involved in managing disarmament, demobilisation and reintegration centres. In particular, they need a role in designing programmes for former women associates of Boko Haram. The enactment of these laws would gain mileage if the ministries of justice collaborated with the ministries for the promotion of women and the family, and for social affairs.

At the regional level, the strategy of the Lake Chad Basin Commission (LCBC) should strengthen the focus on particular gender needs. Pillar 3 of the strategy - Disarmament, Demobilisation, Rehabilitation, Reinsertion and Reintegration - already provides a framework for implementation and Pillar 9 draws attention to the empowerment and inclusion of women and youth.

The greater involvement of women at both national and regional levels is vital. Efforts of the Regional Women's Platform on Security Sector Reform and Governance could also be considered. Sharing lessons and good practices should be fostered among Lake Chad Basin countries at meetings such as the LCBC Governors' Forum, where the agenda should highlight themes that prioritise women's needs.

Involving women in Cameroon's disarmament, demobilisation and reintegration process would deliver more effective conflict resolution and peacebuilding. And by dealing with gender-related concerns, problems of discrimination can also be addressed.