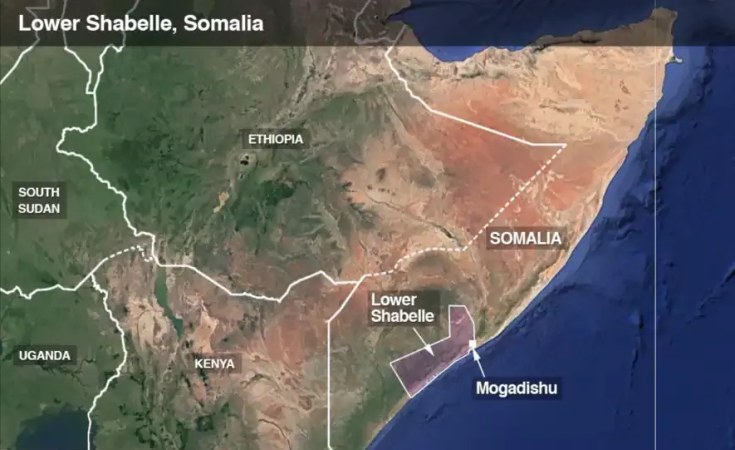 Washington — Somalia's army and allied clan militias have killed at least 100 al-Shabab fighters in an operation in the central Middle Shabelle region, the Information Ministry said Saturday, days after another 49 al-Shabab militants were killed in the southern part of the lower Shabelle region.

"Our national army, our intelligence and the local clan militias, supported by international partners, have conducted an operation in the country's Middle Shabelle region that killed about 100 al-Shabab militants, including 12 of their commanders," Somalia Deputy Minister of Information Abdirahman Yusuf Al-Adala told reporters in Mogadishu.

Al-Adala said the operation was aimed to preempt the militants' final preparations for an attack on government forces in the region.

"We received an intelligence tip regarding their full preparation for attacks against our troops and the operation was taken to prevent and disrupt their plans," he said.

The commissioner of a nearby Mahas district, Mumin Mohamed Halane, who is in the liberated village, told VOA Somali that the joint operation seized a large number of militants and that they were still making the full assessment.

"I saw the dead bodies of at least 16 militants, whose guns were confiscated and also, saw at least two battle wagons seized from the militants. We are still in the middle of [the] final assessment for the large number of militants killed in [the] airstrikes," said Halane.

Aerial photographs showing a pile of what seemed to be dead bodies were shared on a Telegram channel linked to the national army Saturday.

VOA could not independently verify the photos and the Somali government's death toll but residents in the region reported that they heard explosions and airstrikes near El-Dhere Burale, a village in the Middle Shabelle region.

On Wednesday, Somalia military officials said its army, supported by international partners, had conducted an operation in the village of Buulo Madiino, in the country's Lower Shabelle region, killing 49 al-Shabab militants.

On Friday, al-Shabab militants attacked a military base in the central Galgaduud region, the group and a local government minister said, prompting violent clashes as the army and allied clans sought to repel them.

The early morning attack in the village of Qayib, which included suicide car bombs, killed at least 15 combatants.

Both al-Shabab and government officials in the region have claimed they inflicted heavy losses to the other side.

Al-Shabab has been under pressure since August, when President Hassan Sheikh Mohamud began a concerted offensive against them, supported by the United States and clan militias locally known as Macawisley, or "men with sarongs."

These latest clashes are happening as the Somali president continues to visit front line towns in the central regions of Hiran, Middle Shabelle and Galgaduud, where he inaugurated a new community funded hospital in Adale Town.

Mohamud, who was reelected president earlier this year, has declared a "total war" against al-Shabab.

The group, meanwhile, has increased attacks since Mohamud was elected.

Its major attacks included a twin car bombing, and a hotel siege in Mogadishu in October, which killed more than 150 people.

The militants also took a rare incursion into neighboring Ethiopia in July, which authorities said left hundreds of militants dead.

Abdiaziz Barrow and Hussein Dhaqane contributed to this report.