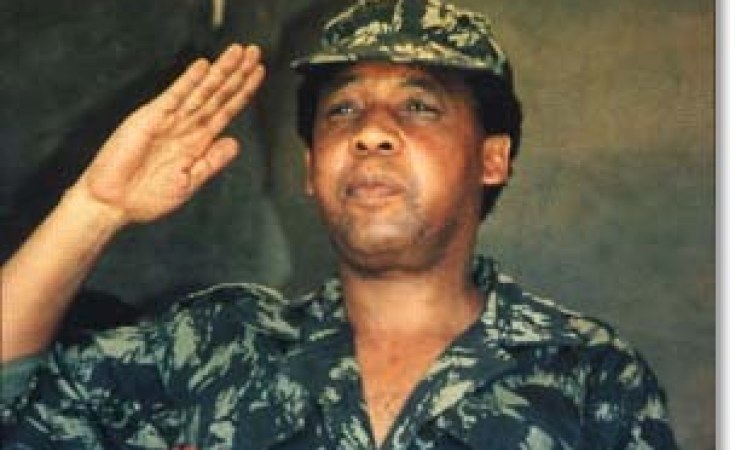 The Kgosi Mapuru Correctional Centre will see protests this Thursday, led by the ANC and its alliance partners, against the release of Janusz Walus, the killer of Chris Hani in 1993, Eye Witness News reports. Gauteng Provincial leader Panyaza Lesufi said the party picketed outside the Constitutional Court in Johannesburg on Saturday, disappointed by the court's decision to grant him parole. Panyaza Lesufi, the ANC provincial leader in Gauteng said: "we are calling upon everyone, comrades, as the ANC with our alliance partners in this particular province, we are saying on Thursday (December 1) when this man is about to be released there we are going to be outside that prison to register our dissatisfaction."

Cocaine Worth R74 Million Smuggled to UK In Oranges

Police in the UK have said they found 49 kilograms of cocaine concealed in a shipment of oranges from South Africa. At the UK's average estimated street value, the cocaine would have been worth some R75 million, Business Insiderreports. The drugs were packed in high-end watch boxes tightly wrapped in clear plastic, and covered by a thin layer of oranges, some with mouldy patches. UK authorities did not provide details on the South African end of the shipment, such as the originating port or the sending company.

Load Shedding Down to Stage 1, 2 Today

Power utility, Eskom announced the suspension of load shedding from midnight on Sunday with Stage 1 power cuts expected to be implemented between 5 AM and 4 PM today, November 28, 2022. In a statement, the utility said the suspension would be followed by Stage 2 cuts from 4pm, throughout the night.

The Chris Hani monunument in Boksburg, Ekurhuleni has been vandalised, coming shortly after the killer of the anti-Apartheid icon's killer, Janusz Walus, was released on parole, TimesLive reports.
Provincial spokesperson Lesego Makhubela said: 'The ANC in Gauteng is saddened by the vandalism and desecration of the Chris Hani monument. The monument comprises Hani's gravesite, the Hani memorial and the walk of remembrance ... 'It [the vandalism] occurs at a difficult moment in our history, where Hani's assassin, Janusz Walus, is set to be released from prison." The ANC urged the municipality and law enforcement agencies to investigate the matter and identify the culprits.

The Department of Health has listed 77 hospitals across the nation exempt from load shedding, EyeWitness News reports. This comes after health bosses and officials collaborating with the minister of public enterprises, Eskom and municipalities deliberated to spare healthcare facilities from the scheduled power cuts. Department spokesperson, Foster Mohale said that alternate, sustainable energy sources would also be considered, saying: "We are also working closely with the CSIR to conduct a feasibility study on solar panels in critical areas in facilities as part of the energy mix to mitigate the impact of load shedding and also overstraining the backup generators."