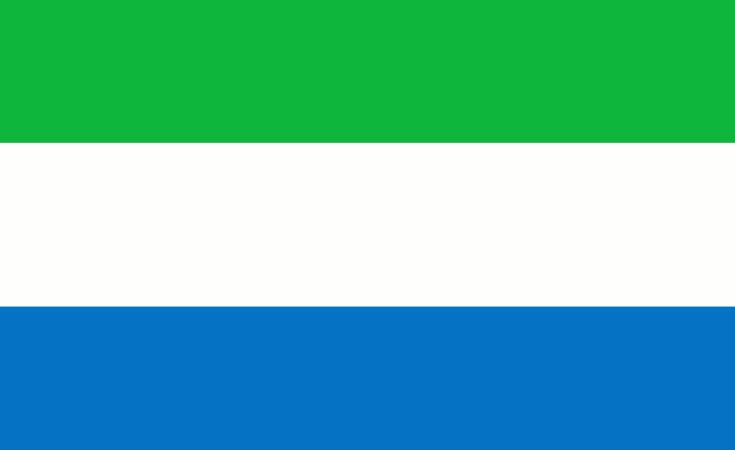 Whereas a complexity of concerns presages a landscape beset with considerable difficulties in the year ahead, Sierra Leone's debt-to-GDP burden should be of particular concern to leaders and key stakeholders.

Notwithstanding the positivity from an ongoing global economic recovery in 2022, Africa's debt situation remains worrying. According to the International Monetary Fund (IMF), nearly half of low-income African nations were in or risked debt distress in 2021.

Sierra Leone stands among the countries with a worrying debt-to-GDP ratio. Last year was challenging owing partly to the severe financial repercussions of the Covid-19 outbreak. This further pushed developing economies like Sierra Leone off the sustainable development track. This year threatens to be no better. A complexity of concerns presages a landscape beset with considerable difficulties in the year ahead. However, Sierra Leone's debt-to-GDP burden should be of particular concern to leaders and key stakeholders.

The Anglophone West African country's debt crisis largely stems from the adverse effects of the 2014 Ebola outbreak. The outbreak crippled the health system while dwindling Sierra Leone's economic infrastructure. In 2015, the country suffered from twin shock disasters, Ebola, and the price of iron ore.

The COVID-19 pandemic exacerbated the problem by worsening the country's economic growth. Consequently, government debt-to-GDP in Sierra Leone is expected to reach 74 per cent by 2022 end. This is as per Trading Economics global macro models and analysts' expectations. In the long-term, Sierra Leone's debt-to-GDP is projected to trend around 72 per cent of GDP in 2023 and 71 per cent of GDP in 2024.

Sierra Leone continues to chase its development track amidst continued vulnerability to shocks and capacity needs. Growth recovered moderately in 2021 by about 3 per cent following the COVID disruptions and is projected to increase to 3.5 per cent in 2022, reflecting higher iron ore production.

However, this represents a downward revision, reflecting a deterioration of the terms of trade and increased uncertainty about global economic prospects. Inflation has remained on the rise since mid-2021 due to higher international fuel and food prices. It is expected to average about 22 per cent this year, aggravating already-high food insecurity levels.

The drain of reserves to pay debt and import food and fuel will put extra strain on the external situation. The fiscal space is minimal. Exogenous shocks, much-needed increased priority expenditure in response to societal pressures and worries about stability, and issues with commitment control harmed fiscal performance in 2021. This necessitated a revised 2022 budget and improved public financial management.

Sequential external shocks have led to a mixed performance under IMF's Extended Credit Facility (ECF) arrangement. Under the bleak economic conditions considering Sierra leone's debt-to-GDP, the authorities, in a request to IMF, committed to robust corrective arrangements to have the fiscal situation under control.

The Executive Board also allowed the authorities' request for waivers for nonobservance of performance criteria relating to net credit to the government in 2021 and for implementing multiple currency practices and exchange restrictions based on remedial steps taken by the government.

The IMF approved Sierra Leone's 43-month ECF arrangement on November 30, 2018, for about $172.1 million. The arrangement caters for around 60 per cent of the country's quota, extended by 12 months on July 27, 2021. The program focused on inflation reduction inflation, revenue mobilization for necessary spending in line with debt sustainability, safeguarding financial stability, and maintaining resilience to external shocks.

Notwithstanding Sierra Leone's debt-to-GDP, the Anglophone country remains committed to achieving its development goals. The crisis in Ukraine and growing inflation have significantly hurt the developing economy. The crisis has worsened the already-limited budgetary space, increasing debt and diminishing external buffers. Strong measures to sustain macroeconomic stability and growth-enhancing reforms will alleviate fiscal and external constraints and promote the government's development goals.

Furthermore, Sierra Leone's government may have to impose severe austerity measures. These measures will address inefficiencies and inadequacies in allocating and administrating public resources. However, all hands must be on deck within these economic management measures. This will secure the ring-fencing of money for essential objectives like education, livelihood preservation, and health. These objectives remain critical to maintaining social stability and a rapid return to the economic recovery path.