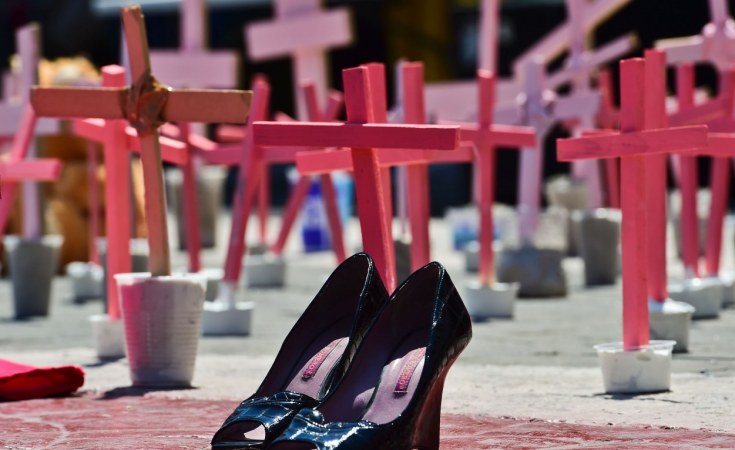 Activists and Champions against Gender-Based Violence (GBV) in Rwanda and other countries have recommended mechanisms for the early detection of women who are affected by violence, addressing the root causes of violence against women and girls, and ensuring access to justice.

The reactions follow findings from a new study by the United Nations Office on Drugs and Crime (UNODC) and UN Women which shows that, on average, more than five women or girls were killed every hour by someone in their own family in 2021.

The report informs this year's 16 Days of Activism against Gender-Based Violence, an international campaign that kicked off on November 25.

Of all the women and girls intentionally killed last year, some 56 percent or 45,000 out of 81,000 were killed by intimate partners or other family members showing that home is not a safe place for many women and girls.

Meanwhile, the report shows 11 percent of all male homicides are perpetrated in the private sphere

The report stressed that although its findings on femicide were "alarmingly high," the real figures were likely to be much higher.

Africa was the second-deadliest continent when it came to family violence against women and girls, with 17,200 recorded victims, according to the report.

The report says that this year's figures also show that over the past decade, the overall number of female homicides has remained largely unchanged, underscoring the urgency to prevent and respond to this scourge with stronger actions.

"Even though these numbers are alarmingly high, the true scale of femicide is higher. Too many victims of femicide still go uncounted - given inconsistencies in definitions and criteria amongst countries, for roughly four in ten women and girls killed intentionally in 2021, there is not enough information to identify them as femicide, especially for those killings happening in the public sphere," reads the report.

As for regional disparities, while femicide is a problem that concerns every single country in the world, the report shows that in absolute numbers, Asia recorded the largest number of gender-related killings in the private sphere in 2021, whereas women and girls were more at risk of being killed by their intimate partners or other family members in Africa.

At the same time, the findings suggest that the onset of the COVID-19 pandemic in 2020 coincided with a significant increase in gender-related killings in the private sphere in Northern America and to some extent in Western and Southern Europe.

However, gender-related killings, as well as other forms of violence against women and girls, are not inevitable.

"There is a need for mechanisms for the early detection of women who are affected by violence, addressing the root causes of violence and ensuring victims access justice," Marie Mediatrice Umubyeyi, a gender activist said.

She said that there is a need for mental health counsellors in all villages across the country so as to counsel family members and couples to avoid killings.

"The counselors and local leaders can help solve the conflicts before they escalate to the extent of killings," she said.

She also said the gender-related killings might have roots in the 1994 genocide against the Tutsi.

"The 28 years since 1994 genocide against the Tutsi are few and some perpetrators might still have cruel behaviors which can also affect their spouses whenever they engage in conflicts with each other," she said.

She added that there also is a need for more awareness campaigns about laws so that people in families prevent gender-related killings.

"The campaigns must go along with teaching family members and couples on best ways to handle conflicts and what the laws say," she said.

She said that once gender-related killings are committed, the perpetrators should be judged and punished in public to discourage such crimes.

"Public both youth and adult people should also abandon drug abuse because alcohol escalates conflicts in families and communities," she said.

According to a research by five local researchers published on bmcwomenshealth.biomedcentral.com Intimate partner violence (IPV) is reported to be a public health issue given its magnitude and long-lasting consequences in Rwanda.

IPV is defined by WHO as behavior within an intimate relationship that causes physical, sexual, or psychological harm, including acts of physical aggression, sexual coercion, and psychological abuse and controlling behaviors.

Rwanda continues to be one of the countries with the highest prevalence of intimate partner violence against women worldwide, they show.

The report recommends that they can and must be prevented, with a combination of early identification of women affected by violence, access to survivor-centered support and protection, and ensuring that the police and justice systems are more responsive to the needs of survivors.

It also suggests and primary prevention by addressing the root causes of violence against women and girls including through transforming harmful masculinities, social norms, eliminating structural gender inequalities and gender stereotypes.

Strengthening data collection on femicides is a critical step to inform policies and programs aimed to prevent and eliminate violence against women and girls, recommends the report.

UN Women Executive Director Sima Bahous said that behind every femicide statistic is the story of an individual woman or girl who has been failed.

"These deaths are preventable - the tools and the knowledge to do so already exist. Women's rights organizations are already monitoring data and advocating for policy change and accountability. Now we need concerted action across society that will fulfill women's and girls' right to feel and to be safe, at home, on the streets, and everywhere," she said.

UNODC Executive Director, Ghada Waly says no woman or girl should fear for her life because of who she is.

"To stop all forms of gender-related killings of women and girls, we need to count every victim, everywhere and improve understanding of the risks and drivers of femicide so we can design better and more effective prevention and criminal justice responses.

UNODC is proud to launch the 2022 femicide study with UN Women to galvanize global action and salute the efforts of women's rights organizations around the world to end this crime," she noted.