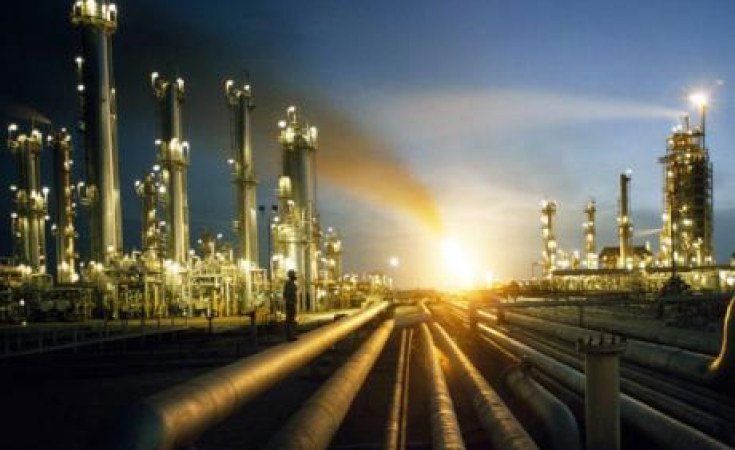 With a projected 1.88 million barrels per day crude oil production in the 2022 federal budget, Nigeria under-produced to the tune of 263 million barrels of the commodity between January and November, a THISDAY analysis of industry data has shown.

Also, Nigeria's inability to deliver two major Liquefied Natural Gas (LNG) projects -the $20 billion and $9.8 billion Brass and Olokola LNG projects, respectively, after about 19 years of their initiation has resulted to the country now counting its losses from the failed projects despite gas becoming increasingly lucrative at the moment.

However, while the total expected production in the first eleven months of the year was about 641 million barrels, a computation derived from the figures released by the Nigerian Upstream Petroleum Regulatory Commission (NUPRC) showed that only 378 million barrels were realised during the period under review.

In essence, this meant that the country was unable to produce as much as a whopping 263 million barrels of crude oil during the period spanning between January and November this year.

It further indicated that Nigeria was barely able to produce 60 per cent of the total production forecast, losing roughly 40 per cent to oil theft and sabotage, leading to incessant shut-in of planned output for the period.

The figures exclude condensates which are not included in the Organisation of Petroleum Exporting Countries (OPEC) calculation.

In the meantime, with a modest improvement in its November OPEC production performance, the country has returned to the top as Africa's highest oil producer.

This is a relief from previous months when Angola, Algeria and Libya pushed Nigeria to the fourth position as the country struggled with sundry issues which have hobbled its capacity to meet the OPEC oil quota.

Although Nigeria added 77,000 in that month, it wasn't enough to return the country to the top of the table as Africa's biggest producer, even though Algeria gained a paltry 2,000 bpd, Angola lost 40,000 bpd and Libya gained 6,000bpd, according to OPEC's secondary sources.

Production in Angola saw the second-steepest drop in OPEC producers in October, but it wasn't the result of a conscious reduction since the African producer has been lagging behind its quota for many months.

But with the recent concerted effort to end oil theft in the country, this month, OPEC which released its data for November activities in the sector, stating that Nigeria came tops with 1.158 million barrels per day in November, followed by Libya with 1.133 million bpd and Angola with 1.102 million bpd.

Earlier this month, the Minister of State, Petroleum Resources, Chief Timipre Sylva, said Nigeria was working towards meeting its OPEC crude oil production quota of 1.8 million bpd by the end of May 2023.

Consequently, the minister explained that the federal government would continue to improve security along the tracks of the major crude oil pipelines and block every leakage through which crude oil is stolen by oil thieves and pipeline vandals.

Sylva added that the inability of Nigeria to meet the current OPEC quota was not due to lack of production capacity on the part of crude oil producers, but because a lot of producers decided not to inject into the pipelines because they were losing a lot of their production when they inject crude.

Although Nigeria was likely to surpass its November production of 1.158 million bpd since a number of terminals are now back on stream, it's still unclear by how much since there are currently conflicting figures from the Nigerian National Petroleum Company Limited (NNPC) and the NUPRC.

While the NNPC put December production data at 1.59 million barrels per day so far, the NUPRC pegged it at 1.4 million bpd. Traditionally, OPEC and NUPRC release the production information every month.

Meanwhile, Nigeria's inability to deliver two major Liquefied Natural Gas (LNG) projects -the $20 billion and $9.8 billion Brass and Olokola LNG projects, respectively, after about 19 years of their initiation has resulted to the country now counting its losses from the failed projects despite gas becoming increasingly lucrative at the moment.

Some of the economic losses arising from the stalled projects, according to industry sources and data ranged from massive revenue and job losses, flight of Foreign Direct Investment (FDIs) to other neighbouring countries, delayed industrialisation as well as persistent energy poverty in the country.

However, the Nigerian Content Development and Monitoring Board (NCDMB) said the international oil companies (IOCs) involved in the projects have lost over $1 billion without getting to Final Investment Decision (FID).

Globally, gas is now a much-sought-after energy source, driven by the double whammy of the Russia-Ukraine War and the world's acceptance of gas as the transition fuel owing to the current pressure to ditch fossil fuel and enthrone cleaner and sustainable energy. Consequently, countries that have sizeable number of LNG plants that push huge volumes of gas to both the domestic and export markets are currently smiling to the banks with huge revenues being raked in.

With only the Nigeria LNG Limited operating in the country with its 22 million metric tonnes per annum (mtpa) Bonny Island plant, which is even operating under capacity at the moment, the failure to execute the Brass and Olokola LNG projects has kept Nigeria out of the nations now cashing out from their LNG revenues.

According to the General Manager, Corporate Communications and Zonal Coordination, NCDMB, Dr. Ginah O Ginah, the opportunities lost in the failed two LNG projects were enormous.

The Brass LNG sited in Brass, Bayelsa State and the Olokola LNG located in Ondo State were initiated in 2003 and 2005, respectively, by the administration of the former President Olusegun Obasanjo to help the country monetise part of its vast natural gas reserves and meet the growing global demand for clean energy.

The Brass LNG estimated to cost about $20 billion was incorporated in 2003 with shareholders that included, the then Nigerian National Petroleum Corporation (NNPC) (49 per cent), Eni International (17 per), ConocoPhillips) (17 per cent) and then Total (17 per cent).

The company was formed to construct and operate a LNG plant to be sited on Brass Island, in Bayelsa State. The Front End Engineering Design (FEED) was for two LNG trains of five million metric tons per year each and the facility was targeted to be in operation by 2011.

But the withdrawal of the IOCs from the project, beginning with Conoco Phillips and later, others, led to the abandoning of the Brass LNG project.

On the other hand, the $9.8 billion Olokola LNG was expected to have a total capacity of 12.6 mtpa, with start-up originally scheduled for 2011.

However, in 2009, BG Group also pulled out of the project, and in August 2013, Shell and Chevron followed suit, leaving the NNPC as the sole shareholder

The IOCs had attributed their withdrawal from the two projects to perceived Nigeria's unfavourable business climate and sundry conditions.

Ginah, who spoke in Lagos during a recent capability building workshop for media stakeholders organised by the NCDMB, said lack of political will by successive administrations contributed to the failure to take projects further.

He lamented that at a time gas nations were benefitting from the current global demand for gas and the attendant opportunities for revenue growth, Nigeria was missing out because it could not deliver those two important LNG projects that would enable it pump more gas to the expert market.

With a gas reserves of 208 trillion cubic feet (tcf), Nigeria ranks as the ninth most gas rich country in the world and the number one in Africa.

"Nigeria has missed a lot of opportunities in the gas sector when we should be reaping the benefits of our huge gas resources. We had two major LNG projects: the Brass and Olokola LNG projects that we would use to grow our economy but we couldn't progress with them and now we're losing in those projects.

"IOCs have spent over $1 billion in the Brass, Olokola LNG projects without getting to FID and they pulled out due to some issues they were not comfortable with. So the opportunities we lost in Brass LNG and Olokola LNG are enormous", Ginah said.

He noted that the government was now trying to see how it could ramp up gas production as quickly as possible, adding, "I think, in that light, I'm aware that the Minister of State for Petroleum is taking initiatives to see how investors can come together to revive this Brass LNG and Olokola LNG.

"So what I cannot tell you is exactly where that initiative has reached as at this point. But I know that efforts are being made because gas is going to be there for a very long time and this projects will help a lot."

According to him, NLNG's production was not enough as the market was much bigger than the company's production capacity because the whole world has accepted gas as transition fuel.

"So that means the shortage is much bigger than what NLNG is producing. So there is going to be a huge market that can take from Brass LNG and Olokola LNG. In realisation of that, the Minister of State for Petroleum Resources, Timipre Sylva is making moves to bring together investors for the realisation of those LNG facilities", he stated.

He attributed this to the unfavourable and rough business environment in the country, adding that a lot of the investments have gone to other African countries.

Ginah further said, "So why is it that smaller countries like Ghana will be having more foreign investments in the oil and gas industry?

"Why is foreign investment running away from Nigeria and what can we do about it? If you (the media) can sensitise the public for us, and of course, including the critical stakeholders, I think we will begin to see some changes that will happen that will enable us to change the narrative about this foreign investment leaving the country".