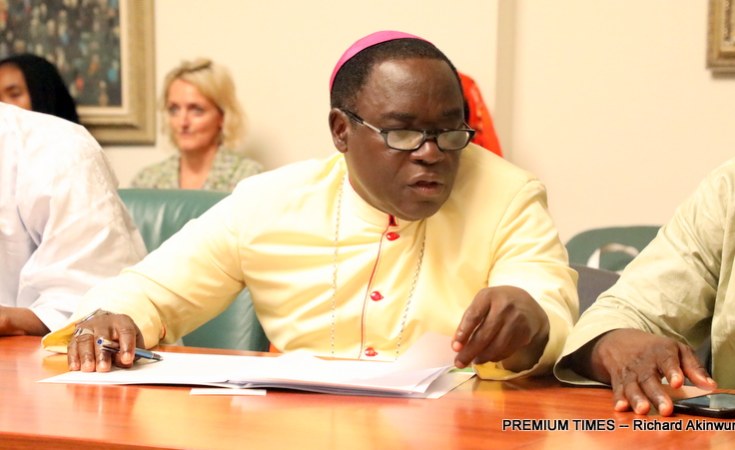 As you read this, it will be exactly three days to the end of the year and 152 days to the end of Muhammadu Buhari's second and final term in office as president. And Nigerians are hurting badly. In the last seven and half years of his baleful presidency, all the indices of human development - I mean all - have gone south, literally and metaphorically.

Today, Nigerians are neither guaranteed a healthy life, access to knowledge nor a decent standard of living. Paradoxically, the so-called leaders are overreaching themselves in their toadying jaunts that Buhari is the best thing to happen to Nigeria since October 1, 1960. Those who climbed on the rooftops just yesterday to shout themselves hoarse over perceived poor governance have suddenly gone mute.

Leaders who shut down the country when Goodluck Jonathan's government tried to remove fuel subsidy on January 1, 2012, have all lost their voices today even as the situation worsens. The widespread protests in January 2012 forced the government to partially reinstate the subsidy with fuel price set at N97 per liter from N65, and an increase in 2012 budget by N161 billion to accommodate the subsidy, which Buhari dismissed then as a scam.

Today, fuel subsidy reportedly gulped a whopping N2.565 trillion between January and August 2022, even as the Buhari government proposed in the Medium-Term Expenditure Framework to spend N3.3 trillion between January and June 2023. While the country's hypocritical elite are ready to decapitate Mrs. Diezani Alison-Madueke, former Minister of Petroleum Resources on the corruption guillotine, if they are honest to themselves, they will acknowledge that Buhari as the de facto Minister of Petroleum Resources since 2015, has not done any better.

In August, the former Nigerian National Petroleum Corporation, NNPC, which has transmuted into the Nigerian National Petroleum Company, NNPC, Limited, reportedly made zero remittance to the Federation Account Allocation Committee, FAAC. That was the eighth in 2022. In its monthly presentation to the FAAC meeting on Friday, September 23, NNPC Limited said: "The sum of N525,714,373,874.60 being federation account share was used to defray value shortfall/subsidy for the month."

And there was no whimper anywhere. Instead, the fawning elite who gathered in Abuja last week at a private dinner in honour of Buhari's 80th birthday heaped encomiums on him. The event, tagged: "Celebrating a Patriot, a Leader, an Elder Statesman", raises the question of whether Buhari is, indeed, a patriot.

I dare say he is not unless the word patriot has acquired a new, sinister meaning other than love, support and defence of one's country and its interests with devotion. Buhari is the most bigoted Nigerian president, ever. Buhari is only for Buhari. He is provincial and his interests are narrow. Never mind that Asiwaju Bola Tinubu, the APC presidential candidate, at the occasion eulogised him as a man who has sacrificed a lot for the country.

"We have seen a life of commitment, dedication, patriotism and honesty... you have done well for your country. Our nation has seen the difference, the leadership that you demonstrate," Tinubu said. To Governor David Umahi of Ebonyi State, Buhari is a detribalised person who "loves every section of this country".

They are lying to the president and I will be surprised if he does not know. Truth be told, Buhari has damaged this country beyond imagination. It will take an immeasurable dose of political sagacity, adroitness, patriotism, uncommon vision and competence for his successor to pull back the country from the very precipice where it is tethering right now. But hypocrisy does not exalt a nation.

That is why Nigerians must be grateful to Matthew Hassan Kukah, Bishop of Sokoto Catholic Diocese, who has consistently held Buhari's feet to the fire of responsible leadership. In his Christmas message titled, "Nigeria: Let us turn a new page", Bishop Kukah, as usual, did not trod the mendacious path of suffering fools gladly like Tinubu and Umahi. He spoke truth to power one more time.

Unlike the fawning elite that gathered in Abuja to sing Buhari's praises, Kukah not only faulted his anti-corruption credentials but also avowed that his policies in the last seven and half years have made Nigerians more vulnerable. "It is sad that despite your lofty promises, you are leaving us far more vulnerable than when you came, that the corruption we thought would be fought has become a leviathan and sadly, a consequence of a government marked by nepotism," he wrote.

Accusing Buhari of splitting the country, the Catholic clergy further said: "Clearly, in almost every department and with all indicators, our nation has become a tale of two cities. We have wars between the rich and the poor, men and women, across generations, along party lines, social classes, religion, ethnicity and so on. The centre has given up in almost every department."

The Buhari government has deliberately, albeit cynically, promoted a culture of pauperisation and destitution of Nigerians. How can such a man be called a patriot? He never believed in a just, equitable Nigeria where fairness is the watch word. He sought to be Nigeria's president to orchestrate the inequity which he has succeeded in enthroning.

The result is that those who are holding the wrong end of the stick are fleeing the country in droves and Nigeria is worse for it. Even in the so-called provision of infrastructure for which some Nigerians, including Bishop Kukah, are cutting him some slack, the question still needs to be asked: at what cost?

In August, the Director-General of the Debt Management Office, DMO, Mrs. Patience Oniha, confirmed that Nigeria's total debt profile as at March 2022 stood at N41.60 trillion with an unprecedented high debt service-to-revenue ratio. With such suffocating internal and external debt portfolio, how can Buhari proudly beat his chest? Under Buhari's watch, Nigeria slipped into the disgraceful poverty capital of the world pit with 133 million compatriots classified as being multi-dimensionally poor. That is a whopping 63 per cent of the estimated 211 million population.

Under his watch, Nigeria is ranked one of the most violent countries in the world where bandits can wipe out an entire community and occupy same with Buhari looking the other way. There are more internally displaced Nigerians today living in IDP camps than at any other time in the country's history, thanks to Buhari.

I listened to Bishop Kukah on Monday when he said on television that some people accost him at public places to thank him for speaking for "us" and that he usually told them that he speaks only for himself.

Agreed, Nigerians should not always be looking for a messiah who will speak for them because the task of redeeming Nigeria is a collective responsibility and the 2023 elections offers us a golden opportunity. But even at that, in the face of the seeming hypnotising of the entire country, Nigerians owe Bishop Kukah a debt of gratitude for speaking up publicly, assertively and honestly for the rights and needs of all of us.

-Here is wishing all long-suffering compatriots a happy and impactful New Year! May 2023 be a year of fulfilment for us and our nation!!