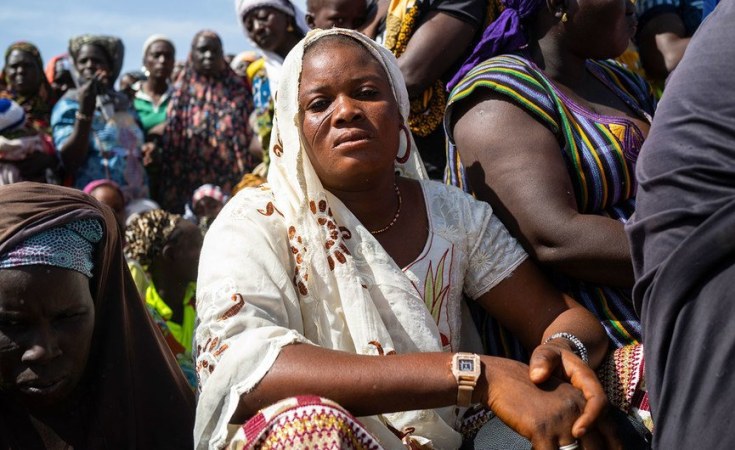 UN News Service
In despite of large-scale human and material resources, both international and internal, security deterioration continues in Mali and throughout the Sahel to the edges of Lake Chad and the gulfs of Benin and Guinea.
Centre for Strategies and Security for the Sahel Sahara (Nouakchott)
analysis By Ahmedou Ould Abdallah

Nouakchott — Just ten years after the rescue of Mali official government by the French military operation Serval, which became Barkhane a few months later, the security situation in that country remains structurally more fragile than in 2013. Beyond Mali, it is most seriously threatened throughout the Sahel to the edges of Lake Chad and the gulfs of Benin and Guinea. Why, despite the massive, both international and internal, human and material resources injected, does such security deterioration continue?

The conflict, that has now become structural and deeply rooted, is presently more dangerous and gradually, but inexorably, affecting national cohesion and the affected countries public institutions.. Finally, it is larger in scale and its anchorage, previously indigenous, is increasingly regional. It asserts itself more each year in the face of an international community scalded by disappointing results, here and elsewhere, and above all largely absorbed by the very priority war in Ukraine.

From experience, the longer a conflict lasts, the more it feeds and strengthens itself from its own damages. Those it has itself engendered in the country and the region. In the Sahel, the 2013 war further intensified with the health (Ebola), climate, demographic and urban crises. All aggravating further an already perilous security situation.

A return to peace and stability seems hardly in sight. On the contrary, everyone is witnessing the ease with which jihadist groups operate and advance, freed from aerial or electronic surveillance by foreign forces. Thus, on December 13, the Islamic State in the Greater Sahel - EIGS - organized a demonstration of force in central Mali where hundreds of armed and transported companions paid tribute to the Organization new Caliph Abu al Hossein al Koraichi. A few months earlier it was the rival, GSIM, which celebrated with pomp and copious buffets, the release of its supporters following an agreement with the government for an exchange of detainees. These propaganda operations of competing terrorist groups comfort the morale of their troops while undermining that of the populations and especially within the regular national armies' ranks.

Faced with the civil and military shortcoming responses to the governments, populations have started organizing themselves. To defend themselves and protect their properties - water wells, animals and pastures - they formed armed groups based on traditional affinities. But above all, they entered, with determination, the various circuits of drug trafficking, cigarettes and logistics for migrations flows. Never short of ideas or daring initiatives, they decided to offer to deliver assistance to regional governments for various services, including occult ones, most sought in times of uncertainties.

That continued degradation of national cohesion and its corollary, the growing deficit of patriotic feeling and doubts about the moral authority of those in charge have encouraged countries " retribalisation ". That formal coming back to the tribal system constitutes the threat of threats to national unity.

It is wrong and above all dangerous to the future of the Sahel countries and to their external partners to continue thinking that the jihadists are driven solely by religion. Like other groups in the society, they often are very attentive to governments' current practices and management - in particular corruption and nepotism. That " expertise " is used as a means of pressure and a source of income as it facilitates the regional monitoring of groups specializing in the lucrative trafficking of drugs, cigarettes and migrants. Throughout the Sahel, laws and regulations are, due to nepotistic practices, circumvented or even publicly ignored. All that without financial retributions and indeed no judicial ones against their authors and associates rather perceived as heroes. The State is increasingly seen as an external entity, even an enemy. The public service agents are often neither trained nor equipped to contain the countries destructive transformation.

Every day eyewitnesses, external partners - bilateral and multilateral - watch helplessly this continued degradation of public services. To their credit, any observation, even constructive and friendly, is often denounced either as an inadmissible interference or as an odious "recolonization" attempt. Transparency and search for administrative efficiency displease deeply many decision-makers and especially their tribal supporters in the economic sectors.

It is in this kind of context, anything but harsh, that terrorism thrives in the Sahel. An activity inevitably linked to the international jihadist groups - AQIM and EIGS - best known for the prestige of the brand. But an activity that is increasingly close, even linked, to rural or sedentary tribal communities' systems. Through these, connections are established with public services - customs, gendarmerie, and police - whose understanding and even support is essential to the success of their businesses and other often illegal lucrative activities. A gradual "Somalisation" where the clan, here the tribe, comes before the state.

The diplomatic missions and international organizations as well as local and foreign NGOs are all aware of these abuses. The political background make it difficult for them to denounce publicly and as frequently as desired by the victims. Each year, these dangerous realities of the Sahel become more entrenched. They may inevitably lead to the coming of "non-states" countries. That is to say countries where structural insecurity is part of everyday life... such as in Afghanistan, Somalia, Yemen and the tribal areas close to Afghanistan. Like Colombia only a few years ago. Certainly, the Sahel could recover as the latter country did. However, gold mining revenues and promises of vast hydrocarbon resources can also hasten a descent into hell. Terrorism would then become an alibi for everyone. For those who say they oppose it on behalf of their government and for those to whom it is the only defense as they also use it as a source of revenues. Discoveries of mineral resources - gold, gas - risk accelerating this evolution and the social divisions that fuel it.

The race for quick enrichment, as well as the gradual return of tribalism and regionalism - closely linked - weakens the leadership ability to anticipate the future. Most are trapped by the daily routine. Anticipating future crises and managing the current ones is problematic for the leaders and suspicious to ordinary citizens.

The continued entrenchment and expansion of terrorism across the Sahel and its gradual push towards the gulfs of Benin and Guinea finds its strength precisely in these incongruous contexts.

As in Somalia, Yemen and in countries where terrorism is deeply rooted - "indigenous"- that of the Sahel is now essentially Sahelian. Those groups affiliated to Al Qaeda or the EIGS are from the bled or from regions close to it. Injustices and abuses of power, much more than poverty, are the basis and the ingredients of the region rebellions.

The international labels - Al Qaeda and Islamic State - are largely endorsed as prestige cover. It facilitates the recruitment of fighters. Its purpose is also and, above all, to carry out illegally, ordinary humane activities i.e. commercial or others. "A way of doing politics differently" when the rulers lock all access doors.

Attacks and other confrontations between the Islamic Groups, particularly in Mali, but elsewhere as well, are often more about leadership than driven by ideological differences. One of the objectives is to control the ideological market in order to monopolize the regional business market. The Institute of Economic Peace, of December 4, 2020, recalls that the impact of terrorism in Africa, over the past decade, has been 171.7 billion dollars. A figure that does not include the shortfall in investments and other economic activities intended for countries. Often captive of governments, the national economy reinforces analyzes that distinguish the real country from the official country.

The national army, clan-based or dominated in some Sahelian countries, look like, to the less disciplined and largely ethnic armies of the jihadist groups of Afghanistan, Somalia and Yemen. And the Sahel too.

" The objective of war is victory and not the prolongation of indecision, reminded the American general Douglas Mc Arthur adding, in war, there is no substitute for victory ". The G 5 Sahel ember states, their neighbors and concerned allies cannot ignore that objective. However, reaching it is not easy in the Sahel, a region long left on the capital cities outskirts. In one form or another, terrorism, going underground at first, has adapted to that context. It plays on the borders, marginalized or ignored by the central powers, to build social bases, attract more recruits and garner financial resources. From these social bases and a strong proximity to the populations, terrorists cannot be easily defeated by national or foreign armies. They now are part of Sahel society as in Somalia, Yemen or in the Tribal Zones areas around Afghanistan. Continuing to combat them, or cohabiting with them, is more a matter of governance than of armed forces capabilities.

Ten years after the French soldiers deployment in Mali, followed by that of more than 12,000 UN troops (Minusma) and other European forces plus a US technical support, insecurity is more momentous, the number of displaced persons and refugees much higher than in 2013.Moreover, competing forces of Russians' Wagner are on the ground. The environmental destruction with long lasting effects, very little reported or even ignored, is disastrous.

Indeed, ten years ago, Serval/Barkhane succeeded in saving Bamako.It prevented it from falling into the hands of deeply divided rebel groups determined to immediately proclaim "a government of national unity" while, the national army was in total disorganization.

However, in the absence of a modern government project, insecurity, then mostly political, has expanded in and beyond Mali borders. With its armed groups, though often in competition, but skilled combatants and modern communicators, the threat became a strong rebellion backed by the tribal systems and mostly by corrupt practices. That evolution has resulted more from the failures of governments' local and international responses, than from the sole jihadists' forces.

In the Sahel, few or no lessons have yet to be learnt from similar, high-profile conflicts in Afghanistan, Somalia or Yemen. Neither were the responses given to the jihadists in Algeria and Chechnya. Answers that were certainly costly, but certainly not more than the price that the Sahel countries and their external allies have already paid and continue to pay for the populations security and especially the future of states often on the verge of implosion.

Obviously dangerous invisible links remain the greatest threat to the Sahel and West Africa. And probably far beyond.

Next Story
Tagged:
Copyright © 2023 Centre for Strategies and Security for the Sahel Sahara. All rights reserved. Distributed by AllAfrica Global Media (allAfrica.com). To contact the copyright holder directly for corrections — or for permission to republish or make other authorized use of this material, click here.