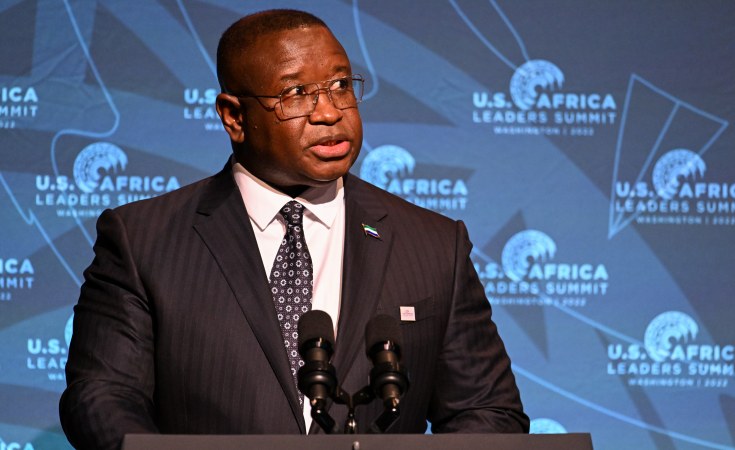 Sierra Leone has passed a law requiring public and private entities to reserve 30 percent of their jobs for women in a bid to tackle gender imbalances in a male-dominated society.

In addition to the 30 percent quota, the Gender Equality and Women's Empowerment Act assures women at least 14 weeks of maternity leave, equal pay and training opportunities.

Signing the bill into law on Thursday, President Julius Maada Bio said it would "address the gender imbalances in this country comprehensively. We have to make sure it works.

"We must end the impunity or violence against women in elections and public life and punish all persons and entities found guilty of such violence," he added.

Women in Sierra Leone suffer from discrimination and, according to Human Rights Watch, it has been common practice to fire them if they get pregnant.

Many women and girls also face high levels of sexual violence, partly a legacy of the use of rape as a weapon during the 1991-2002 civil war.

The Equality Act also aims to improve women's access to finance in a country where they have often been unable to get credit.

The 30 percent jobs quota applies equally to management roles so that employers cannot just hire women to lower-level jobs to comply with the law.

It also applies to the 146-seat parliament and the civil service.

"We are happy today as our dream for an improved political, social and economic empowerment of women and girls in Sierra Leone has started," said Sally Ndimawa Adams, who heads the Sierra Leone Women's Forum.

As in many West African countries, women are poorly represented in Sierra Leonean politics.

The country has only 18 woman MPs and only four members of Bio's 32-member cabinet are women.

"Women who wish to serve in public office and their supporters must not be undermined, belittled, intimated or humiliated," said President Bio.

"It's not going to be easy because that space has been occupied by men for a very long time. We must monitor electoral processes to ensure election fairness and transparency."

Sierra Leone is ranked 182nd out of 189 countries on the UN's 2020 Gender Development Index. Nearly half of the countries in the bottom 20 are in West Africa.

Next Story
Tagged:
Copyright © 2023 Radio France Internationale. All rights reserved. Distributed by AllAfrica Global Media (allAfrica.com). To contact the copyright holder directly for corrections — or for permission to republish or make other authorized use of this material, click here.