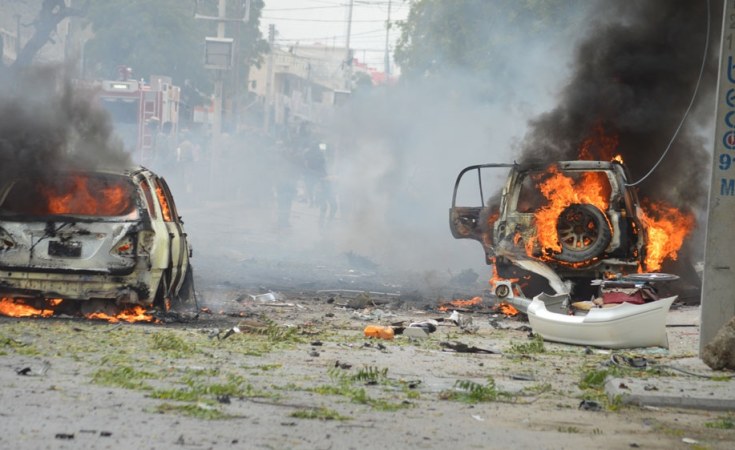 Al-Shabaab has fired several mortar rounds towards a government-controlled town in central Somalia as SNA and locals continue to make gains in the current war.

The residents reported at least five mortar shells landed outside Mahad town, Hiran region with no casualties as of now. The shelling took place on Tuesday night at around 7:00 PM.

Speaking to Radio Shabelle, the deputy DC of Mahad said the SNA forces with the help of community fighters launched a security launched security operation after the attack.

Al-Shabaab said it was responsible for the mortar shelling which came a few hours after a similar attack happened in Mogadishu on Tuesday, targeting the Villa Somalia complex.

Mahas is one of the areas that witnessed frequent attacks by Al-Shabaab in recent months as the government wages a massive war against the group in Galmudug and HirShabelle states.

The situation of the town was calm on Wednesday morning and the businesses and transport were up and running following the Al-Shabaab mortar shelling, per the DC.

Al-Shabaab Mortars Rain Down On Beledweyne

Next Story
Tagged:
Copyright © 2023 Shabelle Media Network. All rights reserved. Distributed by AllAfrica Global Media (allAfrica.com). To contact the copyright holder directly for corrections — or for permission to republish or make other authorized use of this material, click here.