The 2010 Ibrahim Index shows impressive gains in many African countries in human and economic development but declines in political rights, personal safety and the rule of law. 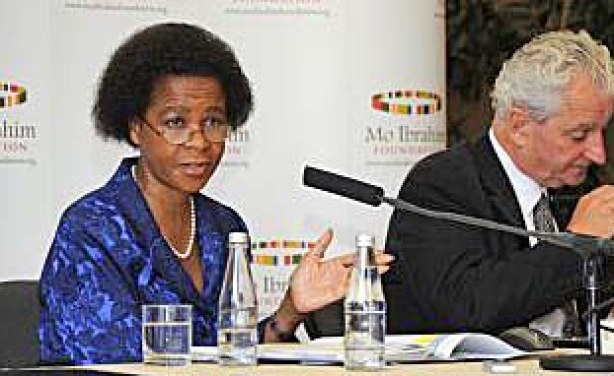 Ibrahim Foundation board member Mamphela Ramphele and index advisor Daniel Kaufmann at the launch of the report.