More than 1.2 million people died from malaria worldwide in 2010, but the death rate is falling due to improved programmes to roll out treatment and bed nets. 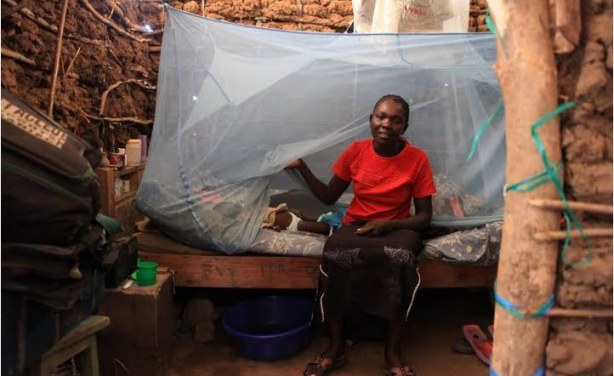 A mother sets up mosquito netting to protect her child.