A takeout on corruption by Africa in Fact, a publication of Good Governance Africa. 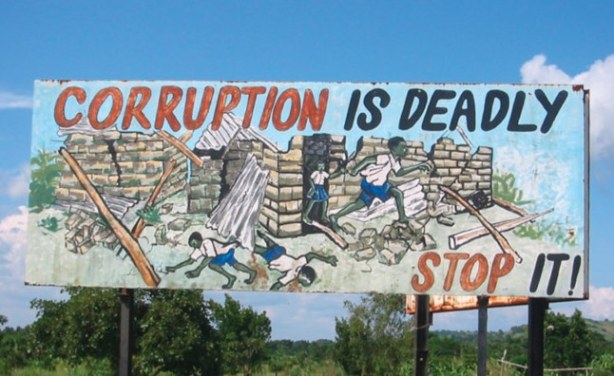 An anti-corruption billboard in Uganda.