Africa: Who Are You Calling Corrupt? Good Governance Begins At Home 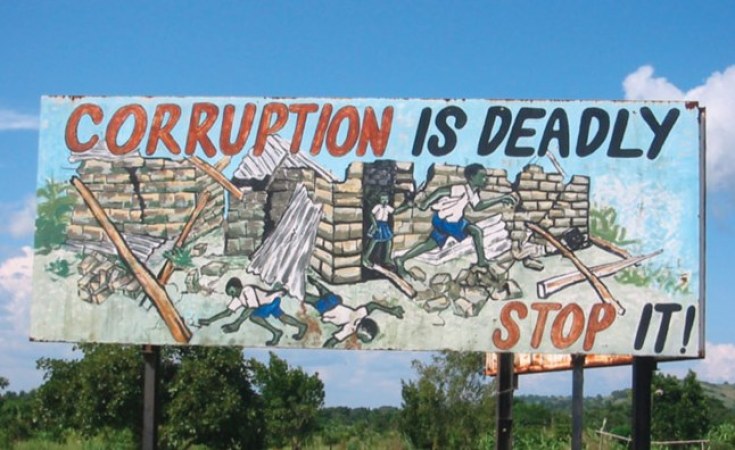 Is claiming to be a leader in international development whilst presiding over structures that facilitate the loss of billions from Africa not a form of corruption itself?

In July, I wrote about some research that Health Poverty Action published in collaboration with 12 other UK and African NGOs. This research compared Africa's annual financial losses to the rest of the world, in comparison with aid and other resources flowing in. It shows that Africa has a net loss of $58 billion each year, a large part of which is a direct result of policies and practices in donor countries. My article and the wider report argued that this provides a challenge to the deeply entrenched narrative in the UK and other donor countries about the way that they 'aid' Africa.

The article and the overall work has provoked much feedback. Most of it positive. It's been called 'brave', 'much needed' and 'vital'. We've also faced criticism, including accusations by both African and European readers that we've overlooked corruption in Africa to point the finger solely at donor countries. Some have even suggested that in highlighting the role of the Global North in underlying Africa's loss of resources, we in fact reinforce a paternalistic narrative about the North as the ones whose action is needed to 'save' Africa - the very point that we sought to undermine. So here I want to clarify the intention of the report and also what, as a UK-headquartered NGO, we believe the role and limitations of organisations like ourselves are in this debate.

Firstly, the purpose of the report was never to examine all the different reasons for Africa's poverty. It was to expose the dishonest narrative which falsely suggests that the rest of the world is generously aiding Africa, whilst ignoring its own role in Africa's poverty. That does not mean we do not think that corruption in Africa is a problem. It is. And it is totally legitimate, indeed vital, that African civil society draws attention to it. There are many examples of African civil society organisations working to hold African leaders to account. If my article had been written by one of them, it might be different. But we are not African civil society, though we work closely with it. For me to sit in London and point the figure at African leaders without addressing the actions of my own country's leaders would be hypocritical. It would also overlook the wider context: that global structures, policies and practices, often under the jurisdiction of Northern countries, fuel corruption in Africa.

To give one example: the UK, through its Crown Dependencies and Overseas Territories, is responsible for ten tax havens - more than any other country. The secrecy and lack of accountability in tax haven structures enable both corporations and wealthy elites to channel their money out of Africa to be held offshore.

These structures further facilitate corruption, providing a channel through which the proceeds of crime, corruption and weapons can flow. A World Bank analysis of 213 cases of large-scale corruption between 1980 and 2010 found that 70% of cases used anonymous shell companies. Those registered in the UK and its crown dependencies and overseas territories were the second biggest offenders, behind the US.

In 2013, the UK made it even easier for British companies - amongst the most active in Africa - to dodge taxes overseas, removing regulations which required companies repatriating profits to the UK through tax havens to pay the difference between the tax haven and the UK rate of tax. This rule now only applies to profits made in the UK, meaning that a UK-based company with subsidiaries in Africa can shift money out of Africa into tax havens and pay no extra tax when its profits return to the UK. This change alone was predicted to cost countries in the Global South an extra $4 billion annually.

Some also consider the City of London itself to be a tax haven. This is a result of its partial exemption from transparency regulations, the bizarre fact that its corporations are allowed to vote alongside citizens in local elections, and its dubious honour of having the only non-elected representative to sit on the floor of the House of Commons - a figure called the Remembrancer whose function is to influence legislation in favour of the City of London financial sector.

These facts do not often make it into the British media. Yet, in contrast, there is no shortage of information on corruption in Africa. Repeated media reports discuss corruption in countries in receipt of British aid, prompting an idea that British taxpayers are handing out money to Africa, only for it to be squandered by corrupt states. This narrative can also be seen in professional development circles in which 'good governance' is often discussed as if it is purely a problem overseas, whilst the UK is lauded - often by UK-based NGOs - as a leader in international development.

This misleading reflection feeds a dishonest and paradoxical narrative. Is not claiming the title of leader in international development whilst presiding over a structure that facilitates the loss of billions from some of the world's poorest countries each year a form of corruption itself? It might not be captured on the Corruption Index, but this is only because it is more subtle, more pervasive, and based on deeply entrenched power structures.

We do not intend to suggest that African leaders are blameless or that it is only the North that can solve Africa's problems. But we are in no doubt that it is playing a hand in them. If the UK is going to accept the title of 'leader in international development', it should get its own house in order. It's time it took responsibility for its actions and it's time we in the North held it to account.

Judith Cavanagh is the Head of Policy and Campaigns at Health Poverty Action. 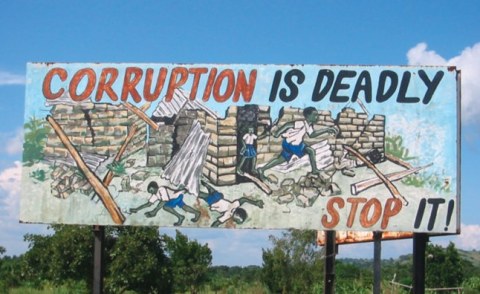 Exposing Corruption Across Africa
Tagged:
Copyright © 2014 ThinkAfricaPress. All rights reserved. Distributed by AllAfrica Global Media (allAfrica.com). To contact the copyright holder directly for corrections — or for permission to republish or make other authorized use of this material, click here.