Is African Aviation Going to be the Next Big Integration Magnet?

The African aviation market is growing fast, but faces a lot of regulatory obstacles, writes Carlos Lopes, Executive Secretary of the Economic Commission for Africa (ECA). He argues that "Africa must move towards embracing a conducive and smart regulatory framework that liberalises its skies in order to realise a profitable and globally competent airline industry." Read more. More about the ECA in this BRIEFING. 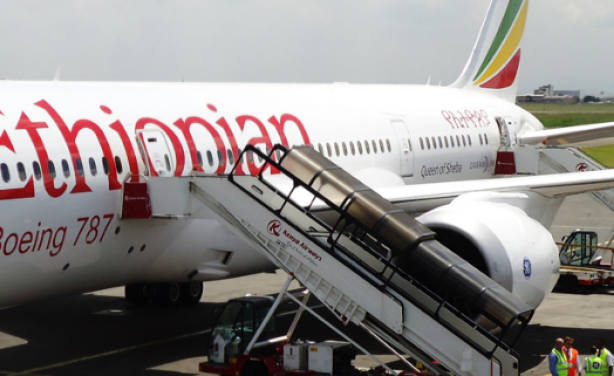 Can Africa Use Its Urbanization to Speed Up Industrialization?

"Protectionism in the West Should Not Scare Africa" - Hamdok

Message from the ECA on International Women's Day

Mining & Development in Central Africa - Much Still to Be Done

Africa Urged to Push Ahead With the Continental Free Trade Area

Workshop Tables Next Steps in Fight Against IFFs from Africa

Why Well-Managed Urbanization is Key to African Industrialization

African Innovators Should not Confine Themselves to One Language

Carlos Lopes to Step Down from ECA End of October

'Africa is Not Risky for Infrastructure Investment' - ECA’s Lopes

Is African Aviation Going to be the Next Big Integration Magnet?

10th African Development Forum to Go Beyond Debate on Migration

Watch: Why Most Reports about Corruption in Africa are Biased

Cost of Green Growth In Africa - Preparing for COP22

New Book Looks at 'Emerging Hubs of Excellence' in Africa

Free e-Learning Course on Industrialization in Africa via Trade