Mozambican is poised for rapid growth, President Filipe Nyusi said in a retrospective overvoew of his U.S. visit last month. Nyusi, in the only head-of-state address to the U.S.-Africa Business Summit, said his country "is back on the path to economic growth and development", showing clear signs of overcoming the obstacles it has faced recently. Nyusi also held talks in Washington, DC with American corporations to discuss business opportunities and was received by Secretary of State Rex Tillerson, The two met previously last September in New York, when Tillerson was still CEO of Exxon, which has been granted licenses to explore for natural gas in three offshore blocks. 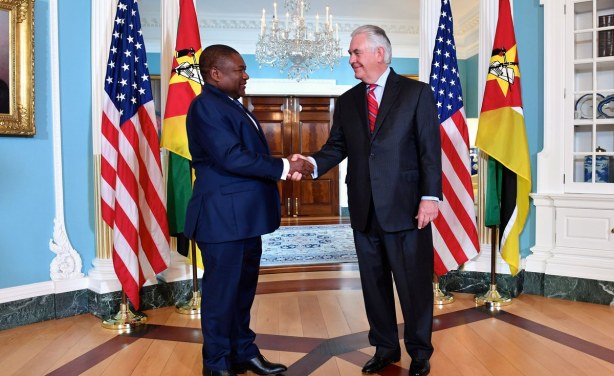