At least 400 people have died and hundreds more are still missing after torrential rains on the outskirts of Sierra Leone's capital Freetown caused a mountainside to collapse on to a residential community. Ishmeal Alfred Charles of the Healey International Relief Foundation says that many houses have been "wiped away". 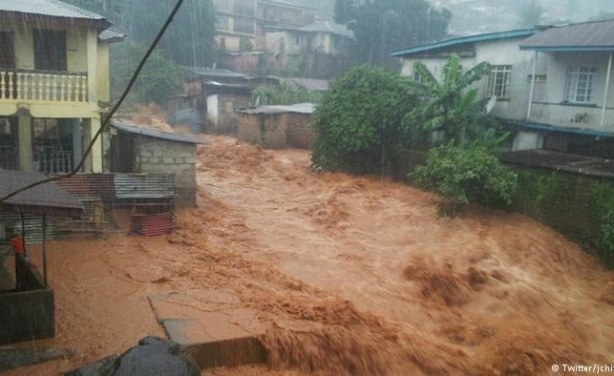