Tanzanian Girls' Monthly Nightmare Forces Them Out of School

A survey by the Daily News has found out that the majority of girls in Tanzania's Geita District miss school while menstruating. Many eventually drop out due to inability to access sanitary pads which is mostly caused by financial challenges, cultural believes and stigma. 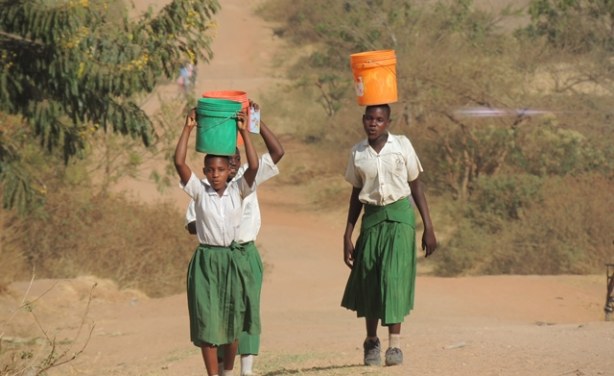 Some of the girls carrying buckets of water to school.